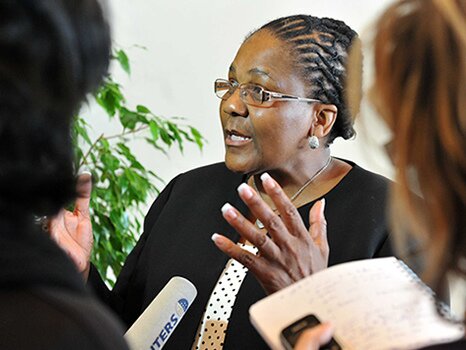 No motorists will be prosecuted over unpaid e-tolling bills until a review into the controversial policy has been completed, South African transport minister Dipuo Peters has said.

HumanIPO reported on Tuesday the National Prosecuting Authority (NPA) had assigned two senior prosecutors to initiate prosecution of individuals who have not paid e-tolls.

However, yesterday a panel set up by Gauteng premier David Makhura to look into the effect of e-tolling in the province met for the first time, and will report back to the provincial government with recommendations by November 30, 2014.

Eye Witness News reports Peters has asked the South African National Roads Agency Limited (SANRAL) not to pursue any prosecutions until the review is complete.

“For now, no-one will be prospected because remember, this is the first year. We must still look into the challenges,” she told Eye Witness News.