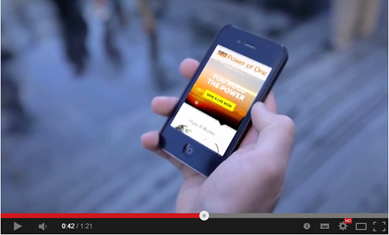 Novartis in collaboration with Malaria No More’s Power of One campaign has used social, mobile and e-commerce technologies to raise money to provide children in Zambia with two million treatments of pediatric antimalarial.

The campaign, which launched in September 2013, also had donors share information with their social networks and encourage friends to donate.

Zambia is the first country to benefit from the campaign, which saw donations cater for one million treatments, and Novartis matched this with another million. It is expected the antimalarials will reduce incidents of malaria in Zambia, where it is responsible for 30 per cent of child mortality.

“Although the incidence of malaria has decreased, the disease still kills a child every minute in Africa,” said Joseph Jimenez, Novartis chief executive officer (CEO). “Our commitment to Power of One reflects our company’s long-term efforts to fight malaria and Novartis remains dedicated to controlling and ultimately eliminating this deadly disease.”

Power of One is a global digital fundraising campaign that enables people around the world to help end child deaths from malaria, a preventable and treatable disease. This fatal disease has been recognised by the World Health Organization as a priority area of public health

“One and a half million treatments are already on the ground in Zambia thanks to the Power of One campaign, with a further 500,000 anticipated in the coming weeks,” said Martin Edlund, CEO of Malaria No More. “Power of One is resonating with the general public, and their donations will help us ensure that children in Zambia will have access to the treatment they need.”