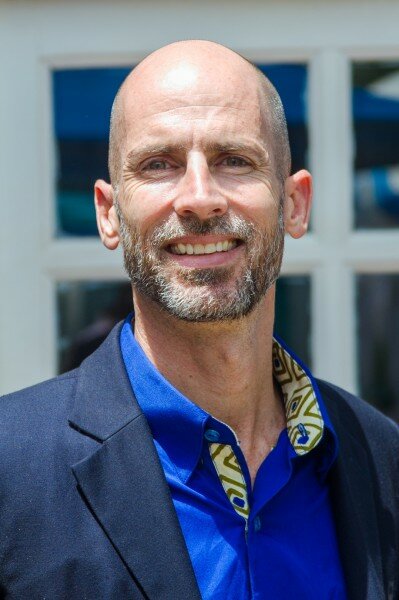 Founded by Simeon Ononobi, SimplePay is a web and mobile-based wallet that won the Lagos edition of seedstars world challenge. Tanksley in this interview spoke on SimplePay’s potentials, latest products including Bitcoin acceptance and the platform’s goal of registering 1 million users by January 2015 and 16 million by 2016.

What is SimplePay all about?

SimplePay is a web and mobile wallet. From the web site or the mobile app, you can pay for about 150 different services like mobile recharges, DSTV, federal taxes, school fees, church donations, etc. We are adding services weekly. The company was founded in 2013 by Simeon Ononobi in Abuja. It has been growing slowly but won the Seedstars World competition and with the funding that came from that we are positioned for rapid growth. We make money by charging small transaction fees on each transaction. Typically 1% plus 10 Naira except for small transactions like mobile recharges where we charge 10 Naira. We have a partnership with a bank so we have an international remittance license and can receive funds from overseas. We are growing all our services and trying to expand our user base.

What are the latest developments at the company?

We are getting into the international remittance game, competing with World Remit, Western Union, and others. We are about to accept Bitcoin as a funding option. We just launched SimpleGiving that allows people to donate to their church from their mobile phone. We signed a partnership with Jovago so that you can pay for your Jovago hotel booking using SimplePay. We are talking with several other large partners, but deals are not signed yet.

How does the Bitcoin acceptance work?

When it is active, people will be able to fund their wallets from their Bitcoin accounts. We will use a payment API from our Bitcoin wallet. So people will enter their details and send the Bitcoins (or fractions of Bitcoins) to our Bitcoin wallet. We will then credit their account for the Naira equivalent of the amount they sent. Easy as that. Will be instant.

Do you think Bitcoin is that popular here in Nigeria?

No, but lots of people are using it for sending funds into and out of Nigeria. So for people funding SimplePay wallets from overseas, it is just another option that many are used to. There are a few Bitcoin enthusiasts in Nigeria who will use it and will spread the word in the Bitcoin community. It’s a win-win for us. Bitcoin transactions are irreversible. So we don’t have to worry about chargebacks.

When will it become officially available?

Well, it’s officially available now, but we are still working on the API integration so people can do it from our web site. I would guess a week.

What is SimpleGiving all about?

SimpleGiving is a web application that allows churchgoers to give money to their church directly from their mobile phone. It’s pretty simple. The church creates a merchant account. We add them as a church in the application. So from the mobile app, users can select their church. For subsequent transactions it defaults to their church. Then they type in an amount and if it goes to the general fund or for a specific fund (like “building fund”). They click “Give Now” and they have given. Both the user and the church gets an SMS and an e-mail confirmation. Both can log into the web portal and see the transactions. Now churches have a record of the transactions, unlike when people give cash. They can view the history of all transactions by person, run reports on average transaction size, frequency, etc. All things they could not do before.

When did that become available and what has the response been so far?

It has been available for 2 weeks. We are marketing to churches directly. Basically calling them up and going to see them. The value proposition is clear but it requires behavior change, which takes time. Plus meeting with church officials is difficult as they don’t keep regular office hours. So we have about 4 churches signed up so far. The ones who have signed up love it. It’s really a no-brainer. The cost and risk of carting cash around the city are high.

Why is SimplePay4U in Abuja and not Lagos?

The founder is living in Abuja. That is the only reason. We are going to build a sales team in Lagos and have a presence there. But really it’s a virtual company. We could be anywhere.

How easy is it to operate from Abuja?

Pretty easy except for the ridiculously high prices for everything. Me and the founder are going to Lagos next week for Demo Africa. Quick and easy flight.

Can you shed more light on Seedstars’ fund for SimplePay?

Seedstars is a Swiss venture builder, also a startup. They do a worldwide competition in 30 different emerging markets. Winners go to Geneva to pitch for the grand prize, which is funding. Simeon pitched SimplePay in front of the jury in Geneva and won 2nd place. Based on this Seedstars funded the company. US$300,000 in seed funding in exchange for a minority equity stake. Goal is to make the company huge and sell it. Simeon will become a millionaire and Seedstars will go on to fund more companies.

What will the fund be specifically used for since you came with it?

What are the potentials for SimplePay?

Well, less than 1% of people using mobile money products in a market with 174 million people and a government that is actively promoting less dependence on cash…the potential is huge. We would like to get to 1 million users by January 1, then 10 million by 2016.

How many users do you have now?

About 10,000, this is with no marketing money spent yet. I would not call it impressive. We need to have a million users before anyone will be impressed. But we got that many users by having a well-designed product that has a clear value proposition for users and merchants.

Tell me about the road to one million

The only way we can do it is by partnering with larger companies. For example, partnering with handset manufacturers, digital content companies, banks, etc. and giving incentives for them to drive signups on SimplePay. We can offer SimpleGiftCards for people who sign up from our partner’s sites. The SimpleGiftCard can only be used with the partner. So it’s a win for them and us.

What are you doing in that regard?

I have been meeting with larger partners for the past month. I met a bunch in Lagos a few weeks ago. I am going again next week with Simeon and we will be meeting as many as we can. We also use social media heavily to publicize any interesting news to increase awareness.