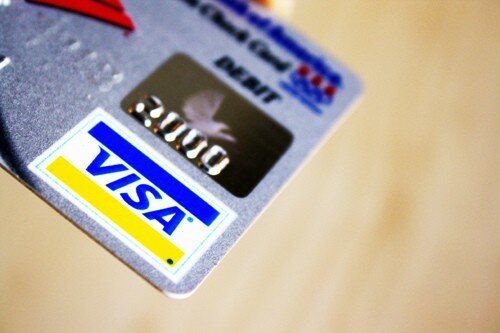 Visa, the global leader in payments, is launching a 6 month, countrywide campaign dubbed the Visa Chip and Pin campaign to raise awareness amongst cardholders on benefits of EMV chip cards in Kenya as they are safer from counterfeit and fraud activities.

“The little chip that sits on the left side of your Visa card has made the world of electronic payments more secure and faster by providing three key safeguards: storing information, processing information and performing cryptographic processing much like a mini computer, making it difficult to clone a card,”  said Visa General Manager, East and Southern Africa, Jabu Basopo.

Kenya has a well-established financial services industry, noted Basopo, underscoring the need to secure card transactions against fraud which has in the past cost the banking industry billons of shillings in losses.

“As opposed to magnetic stripe technology, a chip is difficult to crack. An important aspect of EMV is its use of dynamic data. Each transaction carries a unique ‘stamp’, which prevents the transaction data from being fraudulently reused, even if the data or the card is stolen. This saves banks and consumers from losing money through fraud,” explains Basopo.

Likewise, in an industry where cash remains the dominant method of payment, attributable to a strong consumer aversion to debt and perceived unreliability of point of sale (POS) services, the Visa Chip and Pin campaign aims to demonstrate the tangible benefits of using cards for everyday spend.

“Using debit cards for everyday purchases offers greater security, control and convenience than transacting with cash; it is also one way of ensuring personal finances are managed effectively with minimal costs for the cardholder,” said Basopo.

Industry discussions indicate that use of plastic cards in Kenya is on the rise with notable evidence of consumers shifting from cash and cheques. The 2013 Kenya Financial Sector Stability Report by Central Bank of Kenya (CBK) indicated an increase in usage of cards at Automated Teller Machines (ATMs) and at Point of Sale (POS) terminals. According to the report, the number of active cards increased from 10.7 million in 2012 to 11.5 million in 2013.

The increased uptake and usage of cards may be attributed to the growing middle class who prefer cards to cash and migration of the industry to Europay, MasterCard and Visa (EMV) standards leading to growing acceptance of cards as a safe and convenient mode of payment.

By championing safe financial transactions, Visa has undertaken to align its business strategy with Vision 2030, an initiative that aims to transform Kenya into a middle-income country by 2030 through six priority sectors including financial services.