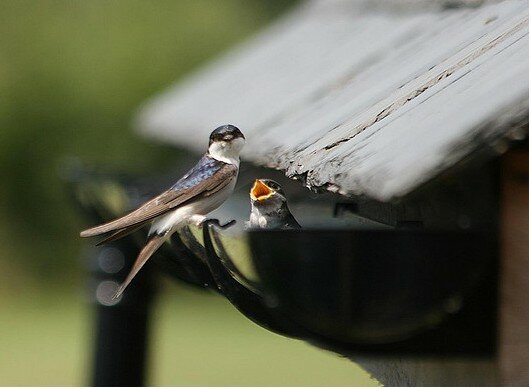 In this era of social media dominance and everything to be out in the open comes a platform that helps you share and promote good deeds.

It is called Echo It and the founders, all Danish, call it an experiment which aims to test whether something more substantial than LOL cats, fan pages and party pictures can be built in social media.
We had a talk with one of the co-founders or Danish guy 1 – Stefan K. Madsen – who accordingly to the Echo It site is “a self-described reformed yob who, apart from watching football and pogoing in stingy punk rock clubs, spent most his life nurturing a hunch that maybe someday technology could motivate people to be nicer to each other.”
So, Echo It wants to make good deeds top of mind. What kind of good deeds do you remember from your site right now?

It could be anything, really. From donating your child’s old clothes to a colleague in your office or baking and taking cakes to your co-workers. The small things we do matter a great deal!
One of the funniest I read was posted by one of our French users who let an airport security guy touch her boobs.

How did you come up with Echo It?

Ideas don’t usually just happen in a spoof. They have to grow for a long time. I have devoted a good part of my life thinking why people do what they do or put in an economic language – what are their incentives and whether these mattered as long as the outcome was desirable. So it came together from lots of different places, especially when I saw the gamification revolution. Initially I had other people on the team, who decided to do something else and left. But my current co-founders saw the potential and the amount of work already done and convinced me to continue in a different direction and joined in. So it was born by many parents really.


I do not see good deeds making you a lot of money though? Is the startup itself a good deed?
My idea has always been to move Echo It to the corporate segment, use gamification to document values, workstreams and behavior inside organizations. Businesses need such a tool. That said, it does not mean we will not focus on good deeds. We have a double business-plan. We will never make money on the good deeds, you are right. But that’s fine, we don’t expect it either. We just want to make the world a better place.
It helps that our corporate side has already three big customers lined up.
I read on your site that you also have an angel on board, no pun intended :)

True. Angel investors are all about network. It must be really hard for a guy who does not know anyone, to land an angel investment – it is a lot of money to invest in someone you do not know anything about. Our angel took a chance on me. The next round of investment is a bit harder – we started doing it during the summer, a season where there is no-one around in Scandinavia. The US angels we have talked to insisted that we move to US…Maybe someday.
Obviously. This would be the quickest way to world domination, too, I would suspect. Why don’t you move to the US?
We are planning to go global. Our corporate solution differs from how this is usually done, if we can do it in Europe, the hardest market, we can make it anywhere. Also, we do have competitors out there and thank God, this means we are doing something right. As for the good deeds part – I think Denmark needs this site, as people are used to rely on the state and the government too much for and it removes the responsibility from where it should rest – on the individual. One day, I hope, Echo It goes to the States.
Besides second investment round success which defines whether you need to bootstrap a bit more or go into business 100%, what is your biggest challenge right now?

Our biggest challenge is, like anybody’s in social media – you can do so many things easily with entrepreneurship and social media, but it is so easy to turn into a user, but users are not creators. We try to urge people to act – do and promote good deeds and show leadership.

So, want to participate in this experiment and help good deeds go viral (sounds sane to me, thinking of the amount of silly and useless stuff that has done so) – sign up on Echo It page and keep the good deeds rolling! Still have oomph left and a splendid startup or an idea, too? Or want to join one? Invest, maybe? Take a look at our startups here. There are new ones coming in daily.
Posted in: Uncategorized
Tweet