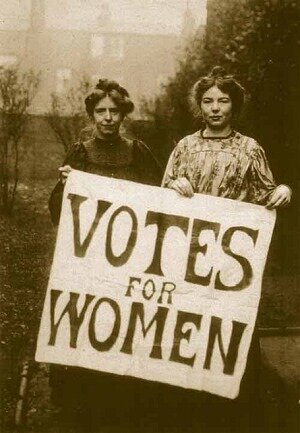 No longer are the challenges of females in the tech sphere a sensational news line. The known fact that more women are wanted in the industry is a continual aspiration with several stakeholders on the scene.

No longer are the challenges of females in the tech sphere a sensational news line. The known fact that more women are wanted in the industry is a continual aspiration with several stakeholders on the scene.

Entering the freshly opened doorway of August, also known as women’s month, the meaning for this industry is a valid point of reflection.

These widely-declared months and days dedicated to groups or causes can grow rather tenuous because of public blasé. Responses of annoyance, deeming the tag unnecessary as it should be considered or lived up to every day is also understandable.

Nevertheless, these initiatives serve to remind of the leaders who broke the ground for others to follow in their steps.

Paved by suffragettes of the tech and business society, the continual road to growing success stories should annually be part of an awareness not to be taken for granted.

The ability for women to qualify themselves beyond the kitchen and child cradle, the opportunity to manage a business in addition to a household and the accessibility to a man’s world through more than a husband are just a few steps of celebration in the ongoing journey of female emancipation.

Success is a journey, not a destination, the familiar saying goes. So also as women climb the ladder in the field, the journey progress is worth a notice.

Pioneers on the tech turf are paving the way for more women to realise the possibilities of living up to their intuitive talents, which is multifaceted and not one story is the same because we are all unique individuals.

Too often labels are applied to people to force them into categories which demands adherence to generalised, and often narrow-minded expectations.

This month, there lies an opportunity to acknowledge women as unique individuals – not because they are not male, but because they contribute to the technological sphere in own right.

As founder of Umonya, Lyndsay Lawrence, rightfully said: “We (women) should stop drawing a massive chalk line around ourselves and separating ourselves from the world,” HumanIPO reported.

It is a celebration of inclusion, rather than a distinguishing element of division.

In the office, the social sphere or the domestic space, the presence of every person counts to make a difference as part of a team.

Looking forward to success stories growing together with those of our male counterparts, there is no hatred towards men. Instead, competent collaboration and the accomplishment of initiatives as unfolding success stories are encouraged.

“We all have different challenges and different experiences in our life and this means we’ll approach problems in different ways. We all have our own separate needed approach to problem solving in the software industry and I suppose as well as in life,” South African Realm Digital developer Clint Lynch said.

Nikki Cockroft, accomplished leader in the industry, recently spoke at a Girl Geek Dinner (GGD) , saying: “I believe that as a woman it is our opportunity to have it all.”