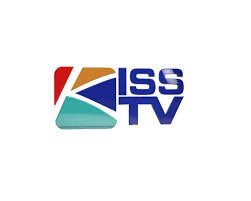 Kiss TV has shut down its news department and fired more than 40 employees from its editorial and sales departments.

According to inside sources speaking anonymously to HumanIPO, the 40 include 27 journalists and 13 sales personnel.

Although no formal statement has been released by Radio Africa Limited, which owns the station, HumanIPO heard a series of losses has forced the station to its knees.

According to a tweet by journalist Robin Njogu, who broke the story, Radio Africa chief Patrick Quarcoo told dismissed employees that the station has been making a loss of KSh10 million (US$114,000) a month since March.

Bad month for scribes in Kenya as @kisstvnews ‘offloads’ 27 staff; #CEO Quarcoo says the TV has been making Sh10m loss per month since March

Kiss TV is the youngest broadcaster to offer news in Kenya with the media group struggling to make it successful following the closure of Classic TV, which was also owned by Radio Africa.

The firing of the employees comes just days after K24 television, which is believed to be owned by President Uhuru Kenyatta, fired 73 employees in a shake up by new boss Peter Opondo.

Among those fired included journalists poached from rival Citizen Television during the rebranding and relaunch of the television owned by Media Max Limited.

This means more than 100 journalists have lost jobs in the past few days, most of whom are not unionised.