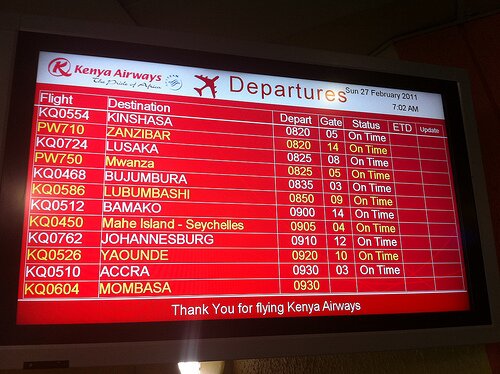 This follows a fire earlier this month that ravaged East Africa’s largest airport, paralysing operations and leading to huge losses for airlines and the airports authority.

@LGE_EastAfrica has today donated ten 42′ digital TVs to be used as Flight Information Displays at passenger departure lounges at JKIA.

KAA has announced operations at the regional hub are back to 100 per cent capacity, with works ongoing to ensure quality of services being offered at the airport and its existing facilities are improved.