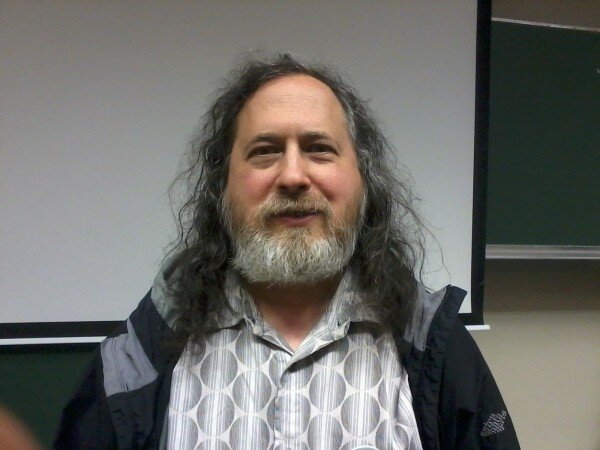 Richard Stallman, self-confessed father of the free software movement, spoke to HumanIPO on the common misunderstandings about free software and the dangers of using non-free software.

HumanIPO: What do you think is the most common mistake people make when it comes to software and sharing?

Stallman: One common mistake is to imagine that free software means gratis and so I emphasise: Think of free speech and not free beer.

Their mistake is to imagine that the only thing that matters about software is what features it has, how reliable it is and how much it costs and how it if it’s not free, some company controls it and controls you.

Do you think the majority of software users make that mistake?

In terms of who makes a mistake, most computer users use non-free software and they don’t realise that there is anything wrong with it.

Do you think people are generally apathetic about this?

Many are but then again, they just don’t realise how much they are being mistreated by the software they use or they have seen incidents of it and they never put it together and realised all this is because the software is non-free.

Each time the company does something nasty to them, they will say: ‘ Oh what jerks they are.’

If they had free software they could just change it.

Do you think that people teaching ICT and those in the industry generally stand up and educate people well enough?

The point is mostly they are failing to teach people about the civics of software.

All the issues that I raised today connect with digital technology and most institutions neglect to teach.

What role do you think marketing plays in spreading ideas about software?

Mostly, the media encourages people to think only about the convenience of the product, which might be a malicious product like the ‘iThings’.

Not misrepresentation, but it is focusing on the less important and the superficial, rather than on ethical issues of the technology.

People get money from advertising like Apple and so they say things that won’t make people unhappy.

Do you think marketing is a great villain?

Yes, and you can see that in lots of way.

Our media today are failing to address the things that threaten survival.

Do you think the youth can play a great role in starting from a young age to support the cause of free software usage?

It does not matter what age you are, if you want to campaign for freedom, you can help.

When we write free software, that has to be done by developers. But the political campaigning can be done by anyone, not just programmers.

Do you think Africa as a developing market can play a role in adapting to free software as a first introduction?

It is a shame that when people first get in touch with technology, they get introduced in the wrong way.

I have seen many projects that said that they would help close the digital divide by teaching people to be Windows users.

How horrible, that is destroying a whole national resource.

Nowadays it might not be Windows, it might be proprietary software, but it is the same evil.

Do you think people are relying too much on convenience in selecting the proprietary software above free software?

What do you think of the idea of cashless society?

I almost never use my credit card. I use it to buy airline tickets.

The only reason I do that is because they demand to know who I am anyway and in this way we are not doing anything more with my data other than to buy the ticket.

I don’t do anything more because I would be giving out data about what I do. So I use cash and I am not in any database.

What would your response be to people that are of the opinion that this attitude is hampering progress?

Obviously my idea of progress is different from theirs. I don’t think that increased convenience is progress. Awareness about maintaining those rights are essential.