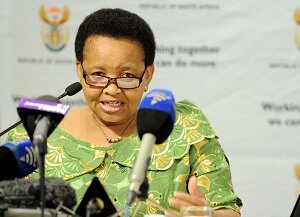 Lulu Xingwana, the South African minister of women, children and people with disabilities, has been impersonated on Facebook through a fake profile, which according to the department, was soliciting funds from the public.

“We therefore want to put it on record that minister Xingwana does not have and has never had a Facebook page,” said the Department of Women, Children and People with Disabilities said in a statement.

“We are bringing this matter to the attention of the public to urge them to be careful and not to give into demands of people who pose as minister Xingwana electronically or otherwise, soliciting assistance in kind or in monetary funds or disclose valuable personal bank account details to these Facebook personalities.”

The impersonators are operating under the pretence that the public are giving, donating or depositing money for an initiative or good cause.

“We also urge members of the public to report these incidents to the police in cases where they come across such scams,” said the department.