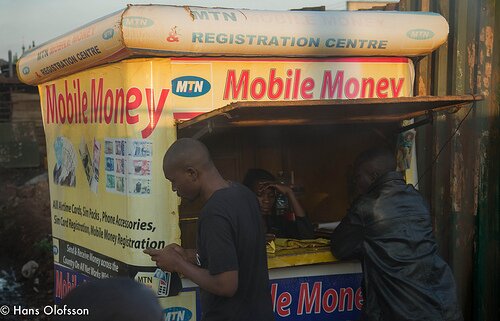 The Bank of Uganda (BOU) has revealed its financial report for January to November 2013 shows mobile money transfers in the country reached US$640 million.

Speaking during the 40-year celebrations of Tropical Bank in Uganda, Louis Kasekende, deputy governor of the Bank of Uganda, said Ugandans have sidestepped banks and embraced mobile money.

“Commercial banking needs a lot of improvement and awareness creation,” he said, reports East African Business Week. “As we talk, mobile money transfers have reached USH1.6 trillion (US$640 million) and the subscribers are above 12 million.

“The ATM numbers are only 786 and a branch network of about 900 branches.”

The deputy governor said the recent amendment of the Banking and Financial Institutions Act has seen the financial service regulator carry out initiatives such as the introduction of East African Cross Border Payment System (EPS) for Kenya, Uganda and Tanzania to ease cross border trade with Burundi and Rwanda in plans to join the system.

According to the 2013 Finscope III Survey, launched earlier this month, the use of non-bank formal services is leading the pack of financial inclusion in Uganda.

Titled Unlocking Barriers to Financial Inclusion in Uganda, the survey reveals that the current number of registered mobile money users is higher than bank account holders.

The survey showed that just after four years since the introduction of mobile money in Uganda, there is an estimated 5.1 million mobile money users compared to 3.4 million people who hold bank accounts.

“Since the introduction of mobile money in 2009, financial access through the non-bank formal institutions has increased from seven per cent to 34 per cent,” said Sarah Ssewanyana, the executive director of Economic Policy Research Centre (EPRC), while releasing the report.

“While the number of those opting for bank accounts has dropped by one percentage point [21 per cent to 20 per cent].”