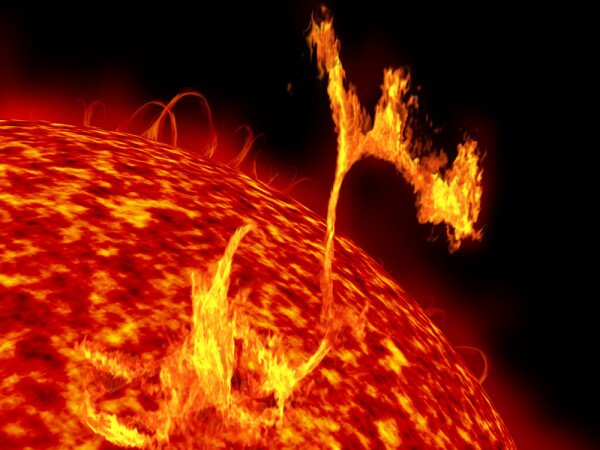 The South African National Space Agency (SANSA) has warned satellite communication systems like GPS, radio communications, internet, mobile phones and DStv could be affected by an X-class X-ray solar flare which is travelling towards Earth.

While clarifying that humans and other forms of life would not be harmed by the flare, which is accompanied by a coronal mass ejection (CME), SANSA said communications could be affected.

“The impact of a CME will not harm humans and other life forms on Earth as we are protected by the Earth’s magnetic field,” SANSA said. “However it can cause disturbances to our satellite communication systems like GPS, radio communications, internet, cell phones and DStv. Major disturbances are expected at this stage.”

The CME impacted the Earth’s magnetic field around 9:00 UT on January 9, with SANSA saying it could spark a strong geomagnetic storm. It said it is monitoring the situation.

“A CME is a massive cloud of high energy particles ejected from the surface of the Sun when stored energy is suddenly released,” SANSA said. “When the magnetic field of a CME interacts with the Earth’s magnetic field it causes a temporary disturbance know as a geomagnetic storm.”

“There is no impact,” she said. “The only real way it could impact mobile communicationss, other than if the electricity grid goes down, is if it took out the GPS satellites. If that happened it could affect the synchronisation of base stations.”