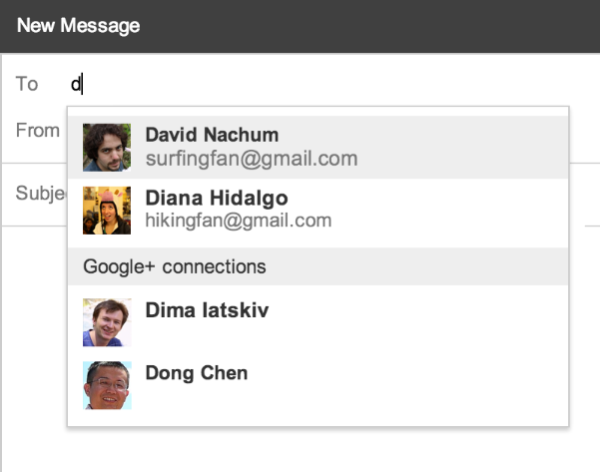 Google has tweaked its Gmail functionality to incorporate Google+ contacts in a user’s email contact list, with the company claiming the change makes overall communications easier.

“Have you ever started typing an email to someone only to realise halfway through the draft that you haven’t actually exchanged email addresses? If you are nodding your head ‘yes’ and already have a Google+ profile, then you’re in luck, because now it’s easier for people using Gmail and Google+ to connect over email,” said David Nachum, product manager at Gmail.

“Gmail will suggest your Google+ connections as recipients when you are composing a new email.”

In a bid to assuage privacy fears, however, Google+ contacts’ email addresses will only be visible if emails have already been exchanged between the contacts.

A new “email via Google+” settings list will also enable users to block this functionality.

Finally, emails from users within a recipient’s circles will arrive in the primary folder of Gmail, while messages from outside circles will be filtered into the social category, with the sender unable to initiate further conversations until the email has been responded to, or the recipient has added the sender to his/her circles.