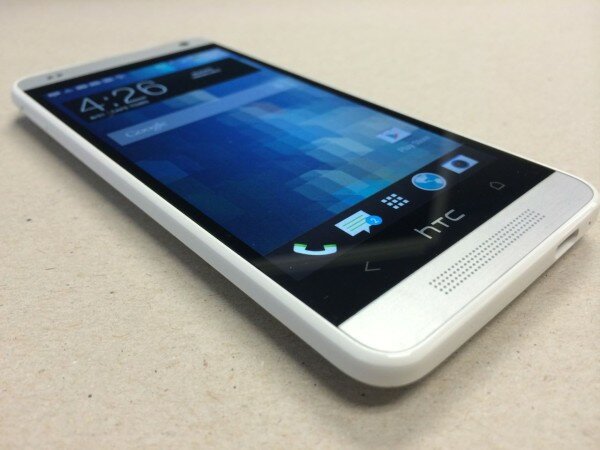 The HTC One Mini. Image courtesy of Bandwidth Blog

The HTC One Mini smartphone, running on Android, is the mid-range variant of HTC’s flagship 2013 HTC One, designed to provide a similar user experience at a cheaper price. Unveiled last July last year, it underwent a global launch in September.

The Bandwidth Blog’s Minnaar Pieters takes it for a spin and lets us know whether it lives up to the hype.

In past reviews we made several references to the HTC One as probably the best Android phone on the market. With a decent aluminium build, stonking performance and gorgeous screen, it is decidedly more upmarket feeling device than its competitors.

But the current trend to keep on supersizing phones is not for everyone. Case in point – the iPhone continues to sell well, despite just about every other competitor releasing ever bigger screens. HTC is smart enough to note this, and have released a smaller version of its terrific HTC One.

The One Mini is somewhat smaller than the One, but also trades its high end components for some more affordable alternatives. But has this more mid range components taken away the shine of the One range? Lets see.

The HTC One Mini has a very unique build in the form of a aluminium front and back, with a polycarbonate shell which holds it all together. We find it a good middle ground between the One metal body and the older One X’s polycarbonate build (which was still good by the way). In just about every way it looks like a smaller version of the One. The power button has moved to the top though, which is good for a phone of this size.

It should be mentioned that despite the “Mini” name, it is not necessarily a small phone. In fact, it is slightly taller than the iPhone 5S. But the fact still remains – it is more pocketable version of the One, and it easy to use with one hand.

The One Mini’s screen once again proves that all-out resolution is a game of diminishing returns. While the bigger One has arguably the best screen of any phone at the moment, the 720p screen of the One Mini is bright and beautiful. A 720p resolution on a 4.3 inch screen means that you really will not miss the full HD resolution.

But the One Mini does lose points on one front – screen viewing angles. While it is by no means bad, it is clearly beat by the higher end devices on the market. But it is much better than its real competitors – like the Samsung Galaxy Mini.

The camera is a controversial 4MP sensor which rather goes for image quality rather than outright image size. It absolutely shines in low light environments, and image noise is kept to a minimum due to the larger sensor which allows for larger photosites for light to land on.

The one thing that is not included on the mini is image stabilization which will lead to some blurred photos if you have shaky hands. Luckily we did not have too many of those. The software for the camera is also surprisingly simple to use despite its myriad of functions – it has a special night mode, panorama “sweep” mode and a HDR mode which works very well. There is also a text mode for grabbing macro shots of documents, which also increases the contrast.

The HTC One Mini does not carry the same high end components as the its larger brother, but that does not mean it is a slouch. The quad-core processor makes way for dual core, and the RAM is halved to 1GB. Due to the lower res screen it is understandable that the Mini does not quite need the high end graphics of the normal One, but games and high demand apps still absolutely fly on this phone.

Battery life on the HTC One Mini is very much hand in hand with the full size HTC One, and we easily got through a day with the phone. But due to Android’s myriad of functions it does take some tweaking in terms of what accounts to sync in order to get the maximum out of the battery.

The One Mini relies on HTC’s Sense layer on top of Android as the main way to interact with the phone. We are not overly fond of skins on top of Android – after all, Google has made tremendous strides forward to make Android a world class operating system in terms of user interface and experience.

The Sense software is however miles ahead of other skins used by Samsung or LG – it has become a lot better since the days of the previous generation One X. In fact if you are not an Android “purist” there is not many reasons to switch the skin for something like Novalauncher or Cyanogenmod.

One aspect we really still appreciate is the ability to set up the phone from scratch using HTC’s website – it gives you a unique code, and you simply enter all your account details (like Gmail, twitter, Facebook etc) on a browser, and it all gets transferred to the phone over the air. No messing with tiny keyboards to type all those passwords.

Certain software features are not overly useful for the typical user (like “Zoe” a way to make animated photos), but the built Blinkfeed makes a great news feed after you have it set up to your preferences.

The HTC One Mini is really one of the best phones we have come across – for the person on the street who is not quite sold on the idea of supersized phones and does not want to spend top dollar for a flagship device, the One Mini might fit the bill perfectly. Its build quality is superb, and the screen is great as well. In terms of software we believe HTC does offer the best current skin for Android – other than perhaps Sony. The camera also makes great images for a phone at this price level, despite its seemingly low resolution.

In many ways we actually prefer the One Mini above the standard HTC One – the size is a lot more comfortable to use one handed, and it easier to pocket. After reviewing the HTC One Mini it is becoming increasingly clear that you do not always have to buy the highest end phones on the market to have a first rate phone.

The tradeoffs compared to the standard One are too few, and due to the cheaper price it is a phone we can wholeheartedly recommend as one of the best phones on the market for this price.