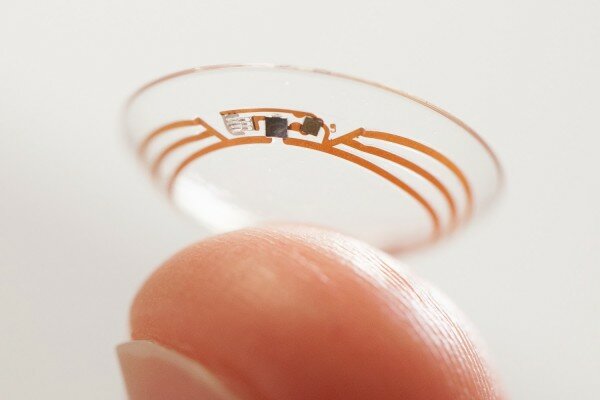 Google is testing a smart contact lens which measures the glucose levels in tears, in efforts to create a new way of managing diabetes.

The lens features a miniature wireless chip and glucose sensor embedded between two layers of soft contact lens material, and can takes a reading approximately once a second.

Google said it hopes the technology could act as an early warning technology for the wearer, and as such the company is looking into incorporating an LED light which would flag anomalies as they happen.

“You’ve probably heard that diabetes is a huge and growing problem—affecting one in every 19 people on the planet. But you may not be familiar with the daily struggle that many people with diabetes face as they try to keep their blood sugar levels under control,” said Brian Otis and Babak Parviz, project co-founders at Google.

“Over the years, many scientists have investigated various body fluids—such as tears—in the hopes of finding an easier way for people to track their glucose levels. But as you can imagine, tears are hard to collect and study.

“At Google[x], we wondered if miniaturized electronics—think: chips and sensors so small they look like bits of glitter, and an antenna thinner than a human hair—might be a way to crack the mystery of tear glucose and measure it with greater accuracy.”

Google said it is in discussions with the food and drug administration (FDA) in the United States, and is also looking for expert partners to assist with the development and launch of the product.

“We’ve always said that we’d seek out projects that seem a bit speculative or strange, and at a time when the International Diabetes Federation (PDF) is declaring that the world is “losing the battle” against diabetes, we thought this project was worth a shot,” Otis and Parviz said.