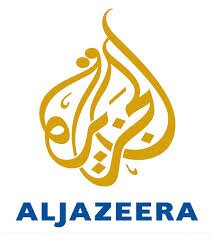 Thirty cities across the world will today host events in support of detained Al Jazeera journalists in Egypt, which the media organisation hopes will pressure the Egyptian authorities to hasten the release of Peter Greste, Mohammed Fahmy, Baher Mohamed and Abdullah El Shamy.

“We truly appreciate the solidarity from everybody right around the world,” said Dr Mostefa Souag, general director of Al Jazeera Media Network. “The pressure, support and calls for our colleagues to be released have continued to keep the story in the news. The Global Day of Action is about the freedom of the press; it is about objective reporting and ensuring journalists cannot be gagged or silenced. We ask everyone to contribute to the Global Day of Action on Thursday. Journalism is not a crime.”

It said the hashtag #FreeAJStaff has gone viral across the world, recording about 250 million impressions on Twitter alone as at February 1.

“The campaign has already had an outpouring of popular and political support worldwide, with institutions including the White House, European Union and the United Nations calling for the release of the journalists and for press freedoms to be upheld,” it said.

“Every continent of the world will see action,” Al Jazeera said.

It is urging people from all backgrounds to join in by supporting the rallies and amplifying the social media campaign using the hashtag #FreeAJstaff.
“To build on the online #FreeAJstaff campaign, Al Jazeera will be using Thunderclap, which will allow people to pledge a Tweet, Facebook post, or Tumblr post containing the same message that’s unleashed, all at the same time, throughout the world,” it said in a statement.