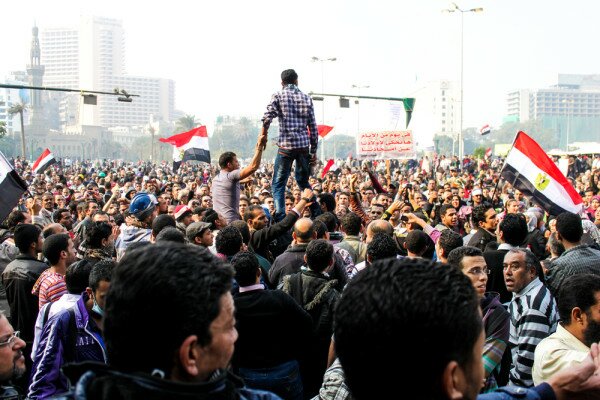 Egyptian film “The Square”, named after the infamous Tahrir Square which has been the centrepoint of anti-government protests over recent years, has been nominated for an Oscar, although the film is not available to watch in Egypt.

The film documents the turmoil that has swept Egypt over the past three years, as the population has ousted a string of governments.

It has won awards at the Sundance film festival, as well as at numerous Canadian film festivals, and is now nominated for an Oscar, with the ceremony taking place next week.

However, the film is not available to watch in Egypt itself, with Business Week reporting the producers believe the authorities are blocking the film’s distribution due to its graphic portrayal of the army as aggressive and bloodthirsty during the uprisings.

In Egypt, the film can only be watched on YouTube and via illegal downloads, with a hacked version posted online following the Oscar nomination which has garnered more than 1.5 million views to date.

“What’s been fantastic is to see the overwhelming ability of the internet to show truth from fiction,” said Amer.

However, a government spokesperson told the Associated Press the film had not received the requisite licensing as the team had not filed the proper paperwork, alleging the claim of political blocking of the film is being used as a publicity stunt.

“I am very happy about the Oscars, because it’s a very high level of art,” said Ahmed Awad, undersecretary to the Minister of Culture and head of censorship.

“We are not against the film, but there are laws. I can’t make exceptions.”