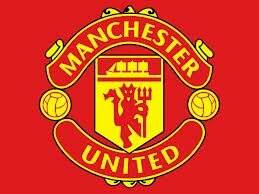 The app will be free for all Airtel subscribers in Africa, and can be downloaded on iOS and Android.

“Football is one of the biggest passion points for many Africans and we look for innovative ways to provide value to our subscribers,” Andre Beyers, chief marketing officer (CMO) at Airtel Africa, said.

“Manchester United’s Club App will offer exclusive free content for our subscribers over the normal content that will be pushed through this app. The launch of this application goes on to further cement our partnership with Manchester United Football Club and we look forward to hosting this application on our mobile network allowing fans to get closer to their favourite club.”

Manchester United group managing director Richard Arnold said: “The launch of the mobile app with Airtel Africa represents another step forward for Manchester United, and is a fantastic and fascinating way for our followers to stay in touch with what’s happening at the club. With nearly 147 million followers across Africa, we’re delighted that our regional partner Airtel Africa is helping us to get even closer to our fans.”

Manchester United is also involved in the Airtel grassroots football programme, Airtel Rising Stars, for boys and girls under the age of 17, which is in its third year. The club supports the programme through provision of professional coaches to train the young players during soccer clinics.