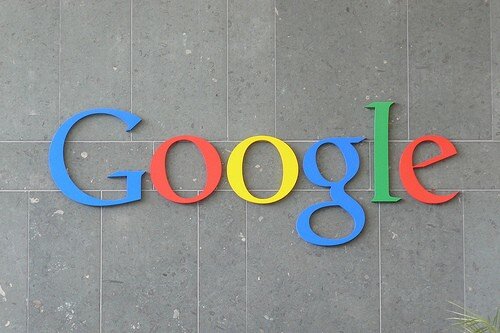 Last week, the world celebrated 25 years of the internet. In an interview with HumanIPO, Google’s principal for Access Strategy & Operations Jennifer Haroon shed more light on the company’s various efforts aimed at promoting internet and information access across the world. She also spoke on how the company’s mission is connected to those of the Alliance for Affordable Internet (A4A1).

HumanIPO: How does A4AI feed into Google’s overall plan for internet access in Africa and other parts of the world?

Haroon: Google’s mission is to make access to information universally accessible to everyone, part of that is access to internet. There are many ways through which Google is promoting this – there are innovative technologies to bring access, there is the use of new business models to ensure internet access, there is policy and regulations that allow those things to happen, that forms the basis for bringing internet to everyone.

What are the roles of Google in A4AI?

Google is one of 55+ members; the real key for A4AI is that it’s a membership organisation that is in alliance. Google is supporting, just like other members, with research, funding, expertise. Depends on the actions A4AI wants to take and Google decides on how it wants to support them.

Give an overview of Google’s various initiatives towards promoting internet access across Africa.

We also have a project in Uganda called Project Link which is a metrofibre network that Google has built and is operating; it’s a shared infrastructure model. Our network is open to all mobile operators and IXP customers that want to use it.

What is unique about the metrofibre network compared to the regular broadband fiber network?

On the technology side, it’s not necessarily vastly different; it’s the business model that is different. It’s open to all mobile operators and IXP customers. We also allow unlimited access. One of the benefits to fiber is it has nearly unlimited capacity. We don’t charge our customers by the byte which is common; but, instead, a monthly fee that gives them unlimited access.

How does the TV White Space technology work?

Essentially, TV White Space is unused channels in traditional TV band. They were originally created to make sure there is no interference in TV channels, but they are really underutilized. We did an analysis on what is happening in these channels and we could see they are not really being used and that’s why they can be used to deliver broadband services. The way you do that to ensure there’s no interference is for instance with the geo-location database so that the government, the regulator and the broadcasters can input data saying the time and place the channels are being used and then that database is queried by the TV White Space radios that are delivered in broadband and say this channel can be used at this time and place for broadband without interference.

Has it been fully deployed anywhere yet?

The trial in South Africa is actually completed. The network was deployed for about six months, now the results of the research are being compiled and shown to the necessary regulators to show that there is no interference.

What other projects are ongoing elsewhere?

Google has been involved in bringing access. We’ve been involved in Ghana and Nigeria through the education programme where Google has provided some infrastructure grants to universities. We are always looking forward to new opportunities to either bring new innovative technologies or new business models and of course to work on policy change.

The world just celebrated 25 years of the internet. Without the internet there would not be companies such as Google. As we start another 25-year journey, what roles do you see Google playing in promoting internet access across the world, especially in Africa?

Google wants to play a big role in helping bring the internet to more people but of course it’s a big issue and again that’s why we are supportive of A4A1 because it’s going to take many companies, many civil societies and organizations, many people within government to make it happen. It really isn’t something one company, one organisation or one person can make happen.