We will destroy e-tolls physically – Malema 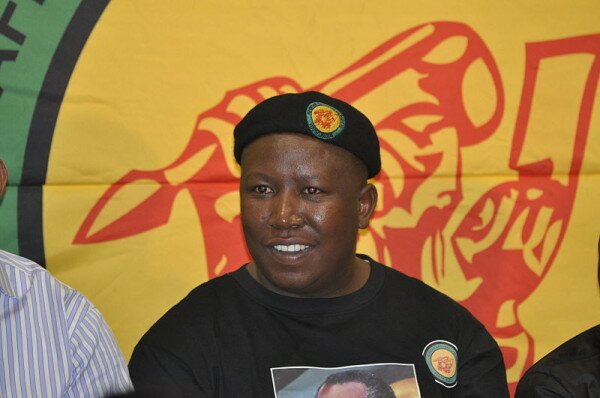 Julius Malema, leader of South African political party the Economic Freedom Fighters (EFF) has said continued to call for the physical destruction of e-toll gantries in spite of the failed complaint over alleged censorship of one of their adverts.

HumanIPO reported last week the South African Broadcasting Corporation (SABC) had refused to air a political broadcast by the EFF on the grounds the advertisement allegedly incites violence by urging viewers to “destroy e-tolls physically”, with the EFF claiming the SABC’s action was illegal and lodging a complaint with the Independent Communications Authority of South Africa (ICASA) over the dispute.

A hearing began on Friday, but ICASA ruled in the SABC’s favour.

“We are going to destroy e-tolls physically. We can’t remove them emotionally,” he said. “If that is incitement to violence, police must come and arrest us,” Malema said.

Motsoeneng and SABC acting chief executive officer (CEO) Tian Olivier accepted a memorandum from the EFF at the end of the march, when Malema compared their actions to those of the apartheid government.

“You are doing exactly what the apartheid government did during the struggle, but that never stopped our people,” Malema said, adding the ruling African National Congress (ANC) controlled both the SABC and ICASA.