FEATURE: 10 apps for the World Cup 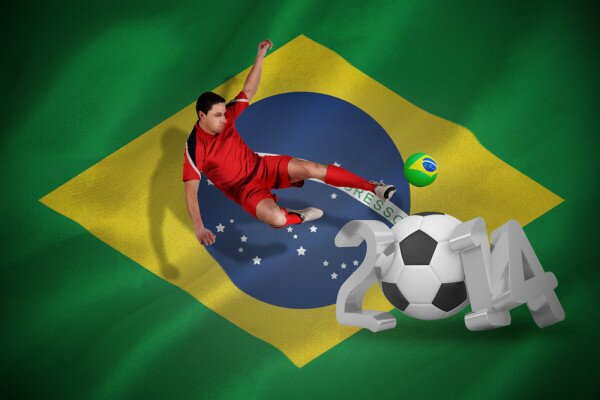 The 2014 FIFA World Cup got underway in Brazil yesterday, with the hosts eventually beating Croatia in a tightly contested match. As ever, there are plenty of ways to keep up to date with the tournament. Below, HumanIPO picks out 10 of the best mobile apps providing all the information you need for this summer’s festival of football.

Official 2014 FIFA World Cup app: Available for free download on the App Store for iOS devices and Google Play Store for Android devices. The app, first released in December 2013, has been fully updated ready for the tournament.

“The official app for Brazil 2014 is the essential companion, featuring live coverage from all 64 games. Fans can stay connected with the latest news, photos, videos, real-time voting on the official Man of the Match plus the chance to win the actual kick-off ball from the games,” FIFA said.

Matt Stone, FIFA head of digital, said: “The official 2014 FIFA World Cup app is your virtual ticket to the global stadium. It’s the best way to #joinin with the biggest conversation on the planet – only the World Cup and digital can make this happen. It’s the perfect companion both for TV viewers and for audiences on the move.”

Onefootball Brasil: While FIFA app is only for iOS and Android devices, Onefootball Brasil is also available to users of Windows phones. In addition to the usual features such as breaking news, minute-by-minute commentary, national team news, schedules, results and statistics, the app also has a customisable notification feature that only alerts users to information they want to know about. When users pick a team, the app creates a personalised feed of news, statistics and scores, along with push notifications for real-time updates. The app is available in 15 languages.

TheScore app: TheScore app allows BlackBerry 10 users to be part of the World Cup since most apps are for Android and iOS devices. In addition to the BlackBerry version, there are Android and iOS versions also. Users can customise the notifications including goals, red cards, half-time scores and match start and end times.

SuperSport app: SuperSport, Africa’s equivalent of ESPN, has also released an updated version of its app to take users’ game-day experience to a whole new level. The latest version features live videos, while it is also streaming World Cup matches live on the Android app. It also offers video highlights, real-time updates, and in-game match chat that allow users to chat with other fans during games.

BBC Sport app: This is another useful app that has been updated to feature a dedicated section for the 2014 FIFA World Cup. There is a limitation though, the BBC has a licence to broadcast just 31 games. For these matches, the app will offer live coverage, while for the rest the best users can get are highlight packages. Users can set match alerts for teams, including line-ups, kick-offs, goals, half-time scores and final results. Available on Windows, iOS and Android, the BBC has linked the app to its special World Cup Breakfast programme that is available for download and offline viewing.

ESPN FC Soccer & World Cup app: As the exclusive FIFA Official US Broadcaster, the ESPN FC app will have live match video highlights which means users can watch goals and key plays from the app moments after the action. Even though users in the US will benefit most from the app, it is still useful for other regions of the world, including Africa, since fans would love to get reactions and analysis on the ground in Brazil. While the app’s 9.4MB size may be scary, its 4.3/5 average review makes it worth trying out.

Univision Deportes: Mobile apps for iOS and Android devices are answers to those who do not have a DStv subscription to watch SuperSport and are not in the US to enjoy ESPN. The only shortcoming is the language is only in Spanish.

Jalvasco World Cup 2014 app: The first search result when you’re looking for a World Cup app. In addition to content on the 2014 World Cup, the app has previous World Cup history and news about the next ones, in Russia in 2018 and Qatar – probably – in 2022.

Dumsor app: This app doesn’t provide information on the World Cup. What it does is allow good viewing of the match in a dark room with just enough illumination to see what is happening within a short perimeter. Just like movies, football matches are best watched when the lights are off, but when one wants to get something or know whether it’s a toy or a real snake crawling up your trousers, this Ghana-made app comes handy.