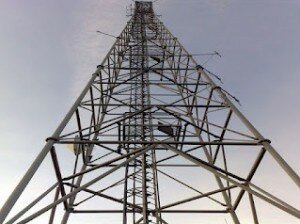 Residents of areas affected by the recently declared state of emergency in Nigeria are suing the government, four network operators and the Nigerian Communications Commission (NCC) for infringement of their right to communicate.

HumanIPO reported last month telecoms services had been disrupted in the northern states of Borno and Yobe, with the Nigerian government confirming it was behind the disconnections in order to limit the activities of militant Islamic group Boko Haram.

A suit filed by Attahiru Ibrahim and Comrade Shehu Sani through their counsel, Luka Haruna, said since President Goodluck Jonathan announced the emergency rule on May 14, residents in the affected Borno, Adamawa and Yobe states have been experiencing violations of their communication and movement rights.

They are begging the court to expedite action on the case in order to put an end to the continual infringement on the rights of the citizens residing in the region.

However, none of the respondents was present in court.

Commenting on their absence, Haruna said all the respondents were duly served with motion of notice on time.

He said all of the respondents were served notices before the end of official duties on June 7, 2013.

The presiding judge, Justice Babatunde Quadir, in his ruling suspended the service of motion and directed the counsel to the applicants to present the respondents with another motion of notice.