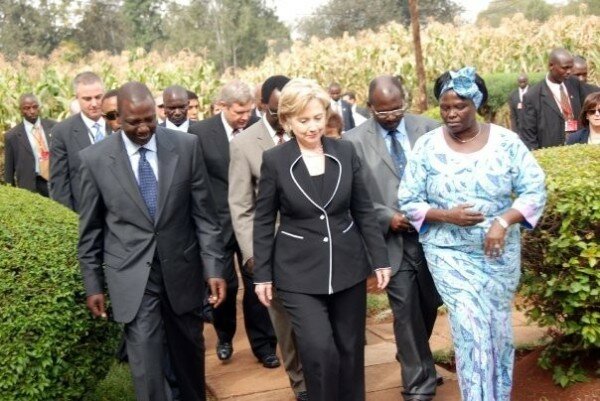 The International Criminal Court (ICC) has dismissed Kenyan deputy president William Ruto’s request to attend his forthcoming trial through a video link, though it granted him leave to be absent for some of the proceedings.

Ruto had requested permission to stream the proceedings from The Hague live in Kenya and avoid attending the trial in person, citing his state duties as deputy president.

In the ruling delivered by presiding judge Chile Eboe Esuji, the Chamber allowed Ruto not to participate in some of the trial sessions but outlined crucial sessions in which he must participate physically.

“The absence resulting from excusal from continuous presence at the trial at other times must always be seen to be directed towards performance of Ruto’s duties of state,” the ruling said.

“The requests concerning attendance via video-link, and all other prayers are dismissed.”

The deputy president will be required to be present for the opening and closing statements of all parties, as well as when the victims present their views and when the court delivers its judgment. If necessary he will also have to attend sentencing.

The Chamber also stated that his position would not grant him immunity from standing trial at The Hague.

“The Chamber recalled that the Rome Statute does not afford any immunity based on official capacity. The Chamber stressed that permission granted Mr Ruto to not be continuously present was strictly for purposes of accommodating the demanding functions of his office as Deputy Head of State of Kenya and not merely to gratify the dignity of his own occupation of that office,” the statement said.

Ruto and radio journalist Joshua Sang are facing charges of crimes against humanity consisting of murder, deportation and forcible transfer of populations and persecution, allegedly committed during the post-election violence in Kenya in 2007 and 2008. The trial will start on September 10.