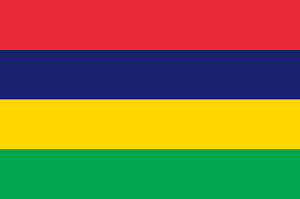 SMS services have been launched by the Mauritius Revenue Authority (MRA) at the Custom House in Mer Rouge in a move to ease the process of communication between the MRA and its stakeholders.

The SMS service was set up for stakeholders, but particularly the country’s registered importers.

The government of Mauritius believes the SMS service will keep the MRA’s stakeholders well informed of the latest developments.

“The project, a joint initiative of the MRA and the Mauritius Network Services, consists of a prepaid service for sending notices to the MRA subscribers,” said the Mauritius government in a statement.

“It has a two-fold objective, which is firstly to inform economic operators of the status of customs declarations and secondly the clearance of their consignment instantly on their mobile phones.”

It added: “The SMS facilities is in line with the core values of the MRA in providing prompt, efficient, effective, and quality services to taxpayers, stakeholders and the public at large. The target groups under the project are… importers who use the service of an agent for clearing their customs declarations; importers who are self-declarants; and customs brokers, clearing and forwarding agents who submit customs declarations on behalf of importers.”

Sudhamo Lal spoke at the launch event and said the new service is part of the MRA’s strategy of continuously improving its processes and procedures and is a move to provide world class customs services.

Furthermore Lal said the SMS facilities will add up to the list of Trade Facilitation measures, which has reportedly already been implemented for traders. Lal said he is satisfied with the modernisation and reform programme conducted by the MRA.

Other projects being implemented by the MRA include the e-customs projects, which will enable electronic submissions of the scanned copies of specified authorisations, documents and permits.

“Another major achievement is the introduction of the E-payment system, which accounts for around 40 per cent of the amount of duty and taxes collected at cCustoms. The Customs Department has also adopted the Cargo Community System (CCS) Sea Import Module aimed at reinforcing security and facilitating easy tracing and tracking of cargo in real time,” concluded the Mauritius government.