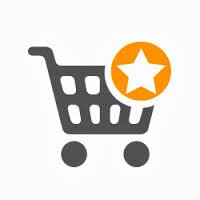 Jumia Nigeria has partnered with the Tosin Jegede Foundation for the 1 Book, 1 Child initiative, aiming to encourage children’s education.

“The books were distributed to encourage the students to read and not on the various subjects,” Anyika said.

According to him, the donated books were mostly story books and on historical figures such as Obafemi Awolowo, a former premier of the old western Nigeria region.

On the choice of school, he said they decided to pick schools where the books are much needed.

“We pick schools where the students cannot afford to buy books on their own, not schools like British International School that have more than enough books for their students,” Anyika told HumanIPO.

He added that the visit to Ojota Primary School was the second of such book donations made by the company in partnership with the Tosin Jegede Foundation.

“The first was at Maryland Secondary School where about 100 books were distributed although we didn’t publicize it,” he said.

He also told HumanIPO plans are underway to make the distribution a monthly endeavor by the company, adding that schools outside Lagos would soon benefit from the company’s commitment to social responsibility that is aimed at improving the level of literacy in the society particularly among Nigerian kids.

The event was also attended by the representatives of DHL and First City Monument Bank (co-sponsors of the event), state and local governments.