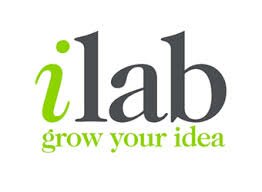 The academy will feature state of the art studios for high level hands-on information security training and research.

Joseph Sevilla, iLabAfrica’s director, said the new academy will support capacity development for critical data and information protection, a key source of insecurity and financial losses for governments and enterprises in the region.

“We set out to establish a world class cyber security training academy to offer hands on training to experts in sensitive fields a while back and today we are happy to launch the Strathmore- Softlock Digital Security Academy, thanks to our collaboration with Softlock, a security solutions company with a global reputation,” Sevilla said during the launch.

Ninety per cent of training at the academy is hands-on, keeping up with the high standards of training at Strathmore University and the institution’s assurance on quality of graduates, he added.

Abdulrahman Al Kassar, a senior manager at SoftLock Security, said the academy had invested heavily in research and collaboration tools to ensure currency and syncing with evolving cyber security techniques.

“This is possibly the most advanced such training curricular and centre in East and Central Africa,” Al Kassar said, adding the threats to information security have continued to mutate.

“Pervasive social media applications like WhatsApp and Facebook are now being used to harvest data and for spying.”

The government and enterprises in Kenya have increased efforts in building information security capacity following increased cyber attacks and compromise of information systems by hackers with unknown motives based inside and outside the country.