Preparing for a cloud-based future without SharePoint 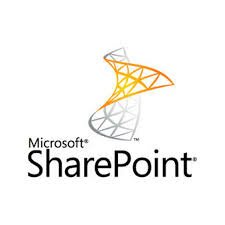 Companies must begin preparations for a future in cloud computing, because use of Microsoft’s SharePoint software “on-premises” is diminishing, analyst Jeffrey Mann told the Gartner Symposium in Cape Town yesterday.

“28 per cent of companies use SharePoint across their entire workforce and if you only count companies where at least half the staff are using it once a week or more, that number climbs to 70 per cent,” Mann said.

However, Mann believes not many people like the software. He said in terms of user experience, SharePoint scores low and requires ongoing management as well as it being difficult to move content between systems.

Mann believes Microsoft’s problem with SharePoint is it is a victim of its own success.

“It has become too big, too complex and too hard to manage and upgrade, especially since in many organisations it’s highly customised,” said Mann.

“It takes five years to develop and test a new version, and another year or two before most businesses take the plunge and install it. As a result, many people are using versions of SharePoint that are at least four years old.”

Cloud-based rivals of SharePoint are now benefitting from the considerably shorter upgrading processes and, according to Mann, users are beginning to notice the difference.

Mann believes the only way to save SharePoint is to take it to the cloud, and he said this makes sense to Microsoft and will ultimately make sense to its customers too.

“It will deliver a better user experience, at potentially lower cost for the clients while also ensuring steadier revenues for Microsoft… SharePoint on-premises is slowly on its way out; it’s become an evolutionary dead end,” he said.

“The installed base is so large that Microsoft will of course keep supporting it, but upgrades will be slower coming, and users shouldn’t expect the newest or the greatest functionality. The main focus of development will shift to the cloud.”

Mann believes SharePoint Online will develop more quickly than its on-premises counterpart to an extent where they will be considered as two different products.

He said chief information officers (CIOs) need to implement plans for a post-SharePoint world, and advised to hold back on new developments and upgrades and rather choose cloud computing whenever it becomes necessary to add new functionality.

“Microsoft may or may not provide an easy way forward, but for anyone who’s invested heavily in customisation, it will never be painless,” said Mann.