Adobe to sell its Mighty digital pen in 2014 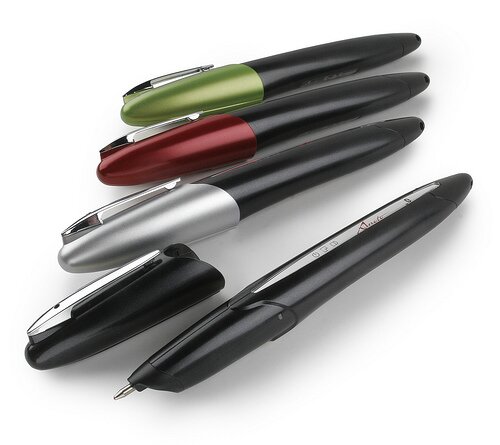 Adobe will begin selling its first hardware product, the Mighty digital pen, next year, which will be compatible with iPads.

Designed to close the gap between drawing on paper and using a tablet, the Mighty contains a Bluetooth link to the tablet software.

Michael Gough, Adobe’s vice president of experience design, said: “It’s kind of surprising how good it feels to get that tactile feedback while you are drawing. I think there’s going to be a lot of analog in the next generation of digital tools.”

The Bluetooth is meant to communicate pen status information, such as how much pressure an artist is exerting on it, as well as optionally linking to Adobe’s Creative Cloud service.

That brings network–based features such as tools that import a pen user’s colour-scheme ideas or elements copied to a virtual clipboard.

“A number of new platforms and tools out there are convincing a generation that they’re all creative,” said Gough.

“A new motivation for Adobe is to make it possible to feel creative and, in the case of Mighty, convince people that they can draw.”

The company has partnered with Adonit, maker of the Jot tablet stylus, to make the digital pen.

The Mighty digital pen was debuted at Adobe’s Max Conference in May, along with the Napoleon digital ruler, which also interacts with tablet software so people can create not just straight lines and shapes.

Pricing of the pen remains undisclosed.