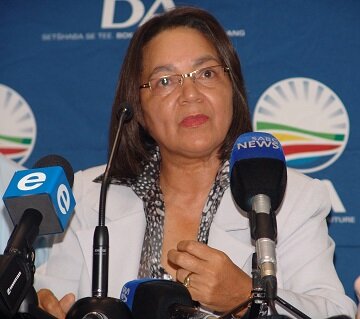 The City of Cape Town has partnered with IBM for a project to assist with the optimisation of service delivery.

“We are launching an exciting project here today that will take place over the next three weeks. However, we hope that the outcome produced at the end of that time will ultimately have long-term effects for the city,” said Patricia De Lille, mayor of the City of Cape Town, at the launch of the partnership.

De Lille said: “The City of Cape Town is this year’s beneficiary of an IBM Smart Cities grant. This grant is awarded to a city selected for a project that is run by IBM and its staff at no cost to the city.”

The mayor said this in essence enables the city to select a business problem it wants to address, which will then be worked on by a “high-level, world class team” in just under a month.

This was described by De Lille as an “incredible bargain” for the city, with the city not obligated to do business with IBM once the project is complete.

“We have spoken for years of taking our government to the next level. For the next three weeks, we will be fortunate to have a great collection of minds who will be assisting us in doing just that,” said De Lille.

The business problem selected is: “How can the City of Cape Town effectively use and manage its social assets to optimise service delivery?”

This problem was selected because the city deploys a wide range of municipal infrastructure assets in order to obtain income and deliver services to the 3.7 million people who live in Cape Town.

De Lille said the infrastructural assets are associated with utility services and engineering and have a “technical logic”, informing their distribution as well as the internal allocation of organisational responsibilities.

The infrastructural assets’ direct economic impact caused them to be invested in and managed more aggressively.

“But there is also a very large asset base which is central to the city’s ability to render social services,” said De Lille.

“The distribution and location of these assets have, in many cases, been informed by events rather than being the product of careful planning, including the fact that they are largely the amalgamation of the social assets of our precursor municipalities.”

According to De Lille the needs of Cape Town’s communities change frequently, which gives rise to the question of whether the city’s social assets actually cater for the communities’ needs.

She said this is due to a large influx of people to the city searching for “a better life”. This is in line with the data collected in the census of 2011.

De Lille said the City of Cape Town has been working behind the scenes with IBM. The international company has already been exposed to the city’s legislation, core policies and strategies.

“Now the [IMB] team will do the hard part: meet with our officials and politicians, review our assets, and put together a product that we can use to guide our budgets and management strategies in the years to come,” said De Lille.