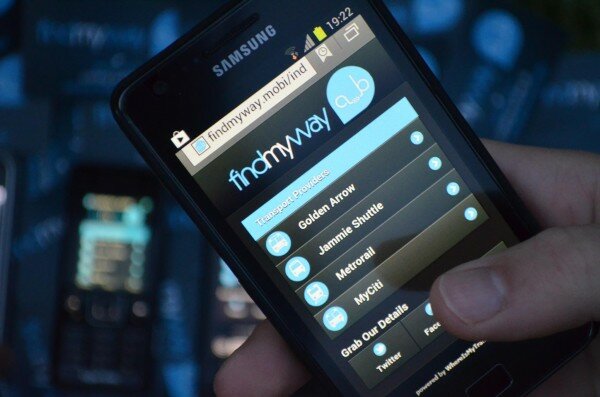 FindMyWay, a South African transport information portal, is rolling out to other major cities after a successful beta programme in Cape Town.

The service aims to make commuters’ lives easier by providing public transport information to their mobile phones and its beta mobi site has been active since October 2012.

Fifteen transport providers have been integrated to the service which is now live in Cape Town, Johannesburg, Pretoria, Durban, East London and Port Elizabeth.

WhereIsMyTransport, the startup behind FindMyWay, was co-founded by Devin de Vries, and Chris King.

As well as being a mobi site, FindMyWay has an app for BlackBerry 7 OS smartphones which is free to download on BlackBerry World.