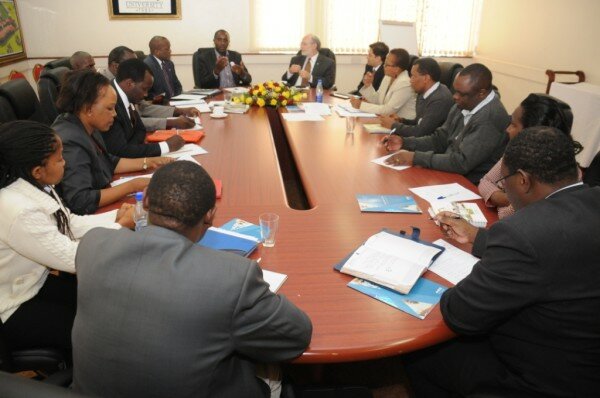 The Institute of Electrical and Electronics Engineers (IEEE) with AITEC Africa will convene a conference to review the state of internet security in East Africa.

Internet Security East Africa will involve ICT authorities, government and stakeholders from the private sector and will be hoping to identify weaknesses, challenges, regulatory benchmarks, as well as human resource limitations that need to be addressed for the region to address internet and data security risks.

Vincent Kaabunga, chairman of the IEEE Kenya section, the conference, to be held on November 20 and 21, will also be a chance for government and other players to bring their heads together.

ISEA will run alongside the the East Africa ICT Summit at the Oshwal Center, in Nairobi, Kenya.

The involvement of IEEE comes weeks ahead of another high powered delegation led by president and CEO, Peter Staecker, which according to the institute signifies the commitment to  interact with Kenya and be involved in advancing technology and engineering on the continent.

“This is second time the global administration has visited Kenya this year – a statement of commitment to the efforts that are being undertaken,” said Kaabunga. “A key goal is to strengthen, support and advance the engineering and computing ecosystem in Africa.”

The increased involvement with the East African country has led to speculation that the institute might set up its African headquarters in Kenya, although Kaabunga refused to confirm this.

Kaabunga added that following the April visit where the IEEE president met with senior government officials in Nairobi, it led to a great impact for the continent and a number of projects have been initiated as the institute seeks wider local participation.

“As a result of the first mission in April, IEEE identified lack of access to online libraries and digital engineering resources by engineering educators and students as a major challenge in engineering education in East Africa,” saod Robert Gateru, principal of Nairobi campus at the Kenya Methodist University (KeMU).

“It is already facilitating the formation of a consortium of East African universities to subsidise the access to the IEEE Electronic Library that is used worldwide by learning and practicing engineers.”