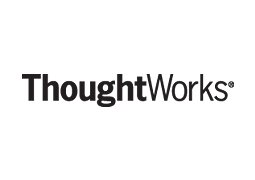 Agile software is a key element to addressing the long-held belief IT is a standalone function within a business, Roy Singham, founder of ThoughtWorks, has told HumanIPO.

ThoughtWorks is a leader in agile software development and focuses on improving and innovating the means by which software is developed to the purposes software is applied in business.

Regarding the misconception IT should be a standalone practice within a business, Singham said when a skill requires a high degree of specialisation, it is then allocated to a specialty group. This is also true for departments such as accounting, marketing or legal.

“If you think of your legal department or your marketing guys… as separate departments, the truth is they become less functional if they are divorced from the business,” he said.

Singham believes software is a much larger component of the fabric of a business, more so than legal for example. Competitive customer differentiation cannot be created without software.

“Tech society businesses are more integrated than other special functionalities and because of this there is a conflict between whether IT should be segregated or should be built into the business,” said Singham, adding agile software is a way to bridge this gap.

ThoughtWorks is also in the business of disrupting monopolies in the software industry.

“ThoughtWorks has a belief that our role is to play as a creative disruptor for innovation in the tech sphere, whether it’s advancing new languages, advancing new processes or disrupting the ecosystem…” said Singham, adding that ThoughtWorks is essentially the “conscience of the software industry”.

“We are a business that is focused on delivering the most innovative technical solutions for the world’s most progressive and disruptive organisations,” he said.

According to Singham, the problem of monopoly comes in when a proprietor of a product adds more functionality into the product in order to “lock” clients in. This is because the proprietor is fundamentally attempting to create a “near long term monopoly” of the customer.

This results in it being difficult to have a life cycle management process with the product and be true to the customer at the same time. In line with this Singham believes large traditional enterprise players such as IBM, Microsoft or Google are in fact “massively anti-innovative.

“We are disruptors in that we believe that often technologies that introduce themselves initially as valuable, within three to five years become the enemies of innovation… When you have this level of monopolisation of our industry, history says you get extremely non-innovative, non-competitive situations,” said Singham.

He said ThoughtWorks stands for the disruption of this monopolisation because “it’s not innovative, it’s not economically [viable] to our clients and fundamentally, over time it becomes really insidious as we’ve seen with most of these companies… colluding with the US government to spy on the world”.

Singham took on Western software firms for not investing in Africa, questioning why they do not have large numbers of developers on the continent. “They have them in the US, in Switzerland, Israel, but God forbid they hire a thousand developers in Ghana.”

He did however note that it is difficult because there is no “critical mass” of software development in Africa outside of South Africa and Egypt. It is also difficult because the Western companies in question do not want to create next generation developers in Africa because it is not an American interest and is not within their political interests.

Singham is currently on a 17-day world tour where he will be visiting, aside from South Africa, Turkey, India, the United Kingdom, the US, and Brazil.

In contrast to Brazil, Singham finds it surprising South Africa is silent over Google’s spying on the population. “There’s no laws protecting the privacy of the South African citizens using gmail. It’s wrong. At least the president of Brazil is saying enough! We need a break from the Western control of the internet.”