Microsoft SA MD wants Africans to create their own jobs 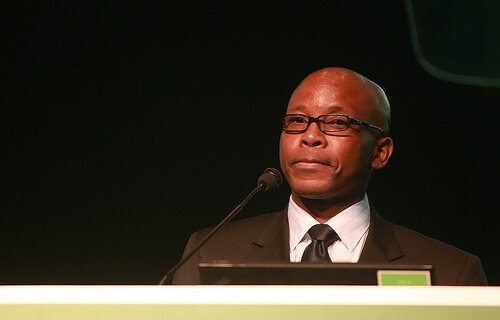 Microsoft South Africa managing director (MD) Mteto Nyati has called on Africans to create jobs for themselves within the continent.

Speaking at DEMO Africa 2013, Nyati said: “We should be creators of intellectual property to create jobs in Africa, and that is the focus we should have as a continent.”

Nyati said there was a huge amount of energy in Africa, with Africans at the forefront of attempting to solve their own problems.

Microsoft has been supporting startups in Africa with its 4Afrika initiative and has also struck a partnership with 88mph as part of the company’s plan to take the things it has learnt and connect with people who understand them.

According to the MD, Microsoft is working with people who have ideas and who have taken steps to implement their ideas.

His advice to startups is they should start with the end in mind and think global.