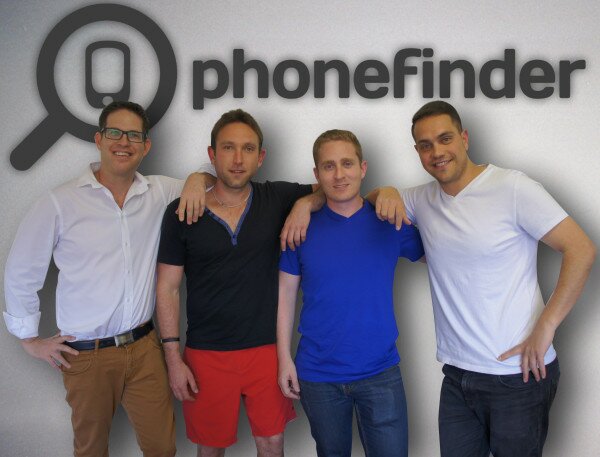 Johannesburg startup Phonefinder has set up a comprehensive listings service for cell phone packages, seeking to allow consumers to make the best decision about a package that suits their budget.

Originally launched in May 2012 as FoneFinder, the site relaunched as Phonefinder.co.za in November last year, listings of phone packages and providing dropdown menus allowing users to filter options.

Chief executive officer (CEO) and co-founder Lance Krom said his team launched the service because it did not previously exist in South Africa in spite of it being one of the largest mobile markets in the world.

“It has been said that people consider being connected via a mobile phone as more important than buying food. This a sad statement, but it goes to show how important the marketplace is,” Krom told HumanIPO, who said there were over 29 million mobile phones in circulation in South Africa, with the country ranking fifth in the world for mobile data usage.

“A startling statistic is that 95 per cent of subscribers have remained with their network for around 4.2 years,” said Krom. “We hope to change that and allow people to make the choice that is best for their needs. Staying with the same network used to be necessary in order to keep the same contact number, but not anymore thanks to number porting.”

Phonefinder claims to list every deal offered by South African service providers, allowing users to find deals based on their criteria, such as price, network or manufacturer, and filter results to show only what they require.

User can then add specific deals to their “compare box” or select a deal and fill in a contact form, after which the service provider will contact them.

“Buying a contract is not complicated at all, as long as you earn enough income and you are RICA’d,” Krom said. “The problem comes from making an informed decision about the best package for your budget.”

He said there was no much choice for customers but these choices were scattered across various stores, a problem Phonefinder seeks to address.

“In the UK the ability to compare mobile phone contracts is really simple: price plans are standardised, there are ample comparison websites for the UK market, the service providers themselves all have online retails stores and the service provider’s actual brick-and-mortar stores are all stacked right next to one another on the high-streets,” he said. “All of this makes it really simple to conduct a quick and easy comparison before making a decision.

“In South Africa this is not true: price plans are fragmented and confusing, until recently there were no online retail stores and driving one from shopping centre to the next to visit service provider stores is a time consuming, frustrating and an expensive activity.”

Krom said the company was currently creating a value adding service, and believes that if Phonefinder can get the platform right then money will follow through advertising, lead generation and accessories.

He said Phonefinder has plans to improve to the site, while it was in talks to create payment portals so deals could be sold online. It also plans to add a cell phone insurance comparison add-on to provide customers with the best insurance quotes.