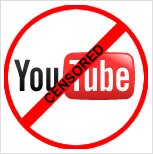 YouTube has been the subject of fierce criticism and several petitions after integrating Google+, meaning users are forced to have an account on the social network to be able to comment on videos.

The new system, announced in September, requires everyone to connect their current account to a Google+ account so as to leave a comment on a video, which encourages users to identify themselves by their real names.

Some YouTube commenters use nicknames or no names at all.

“Making it incredibly difficult to have a username other than my actual name, and being forced to display it to the world is also a huge problem I have with this new setup,” said Dustin Wilson on a change.org petition on the subject.

One petition has gained around 90,000 supporters and reads: “Google is forcing us to make Google+ accounts and invading our social life to comment on a YouTube video and trying to take away our anonymous profile.

“They are also trying to censor us unless we share the same worldview as they do.”

The move by Google is to enhance Google+ and make it the underlying identity platform for all products, as well as eradicate harsh and obscene comments from YouTube.

People putting up content on the site will have control over comments referring to the video and could also block them.