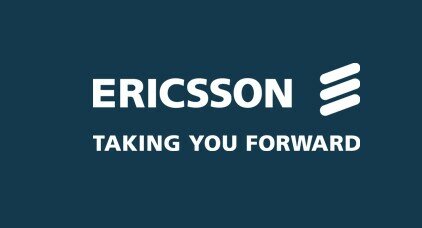 Video is leading the pack as far as mobile data traffic is concerned globally, and although not currently the biggest in Africa, it is the fastest growing source on the continent.

Globally video is expected to increase by around 55 per cent annually up until the end of 2019, a report by Ericsson has revealed, but it currently only accounts for six per cent of traffic in Africa, according to a separate report by Sandvine.

“Streaming on-demand and time-shifted content, including YouTube, is growing. It is no longer just early adopters that use these services,” read part of the Ericsson report. “As many as 41 per cent of people aged between 65 and 69 stream video content over mobile and fixed networks on at least a weekly basis.”

According to Ericsson, people watch video on all types of devices and this increases when they are out and about, with video streaming services such as Netflix, HBO and Vimeo showing a very strong uptake in some markets.

Dave Caputo, CEO, Sandvine said: “Since 2009 on-demand entertainment has consumed more bandwidth than “experience later” applications like peer-to-peer file sharing and we had projected it would inevitably dip below 10 per cent of total traffic by 2015. It’s happened much faster.

“This phenomena, combined with the related rise in video applications like Netflix and YouTube, underscores a big reason why Sandvine’s business has grown beyond traffic management to new service creation.”

According to Sandvine’s report, video accounts for less than six per cent of traffic in mobile networks in Africa, but is expected to grow faster than any other region.

“The African market is especially unique, as most users are connecting to the Internet for the first time through mobile devices, and using applications like Skype, Facebook and WhatsApp,” said Caputo. “In other parts of the world, new users have first connected to the Internet via a fixed line.

“While video is a small part of mobile bandwidth in the region today, we predict Africa will be the fastest video adopter and operators will respond with creative device-and application-based service tiers.”

The fact some operators have taken the additional step of making their own TV services available as streaming services on mobile networks has worked to increase their uptake.

This is facilitated by better network speeds that come with HSPA and LTE development. It is increasingly common to watch video over mobile networks and mobile devices make up an increasing share of TV and video viewing which has contributed to the growth in mobile data traffic.

“Music streaming is gaining popularity, but functions such as caching of content and offline playlists limit the impact of traffic growth,” read the report.

Audio traffic is still expected to increase at an annual rate of around 40 per cent, which is in line with the total mobile traffic growth.