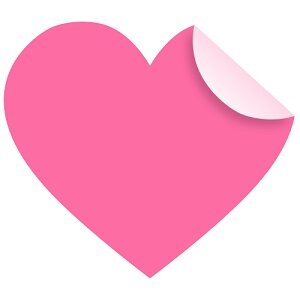 The online market is a saturated one and Rob Hope, founder of One Page Love, a South African online showcasing site for one page websites, shared some insight at WordPress’ WordCamp on how to go niche in this market.

Hope described one page websites as a niche, when speaking at WordCamp in Cape Town last week.

“What is a one page website? It’s on a domain… it doesn’t have it’s own pages. It’s basically like a landing page… So it’s got the relevant information, and they want you to act straight away,” said Hope.

“It is short and simple, but it’s not for everyone. For example SAA (South African Airlines), they’re not going to want a one page website.”

Hope started One Page Love in 2008 during the time of the “CSS (cascading style sheets) gallery boom” and during this time he was building websites for clients.

“A client would give me a half-page word document and they would say ‘build me a five page website’. [This] didn’t make sense, so this… sparked my curiosity for one page websites,” said Hope.

Since its launch in 2008, Hope has added more than 4,400 one page websites to One Page Love using WordPress and the site achieves approximately 6,000 daily visitors and handles an approximate 30 submissions per day.

In terms of the initial growth and retention of initial users of a new content creating site, Hope said the first step is hard work.

He built up One Page Love by contacting people he felt would be interested in a one page redesign, thus he built a following “one user at a time”.

“Understand your users, focus on their experience,” said Hope.

In line with this, developers or designers should not overly complicate the process of sourcing relevant information through additional links, and having to click on thumbnails redirecting the users to another page, which is often the case when using CSS galleries.

According to Hope, changing the layout of a site should happen often in the beginning, and if the statistics show the current layout is not working, change it again.

“When a user comes to a new website for the first time, when they see things are improving all the time [the users feel] the owner is committed to this, he’s actually passionate about his project. It creates a community feel where they want to support you,” said Hope.

Regarding identifying when the time is right for monetisation, Hope said this should only be considered once the new site in question has a following of daily visitors and when the site’s content is more valuable than that of similar competitors.

In terms of advertising Hope said developers should consider social media sites such as Instagram, YouTube and Facebook for this while keeping user experience in mind for the actual site. This should be a priority before advertising.