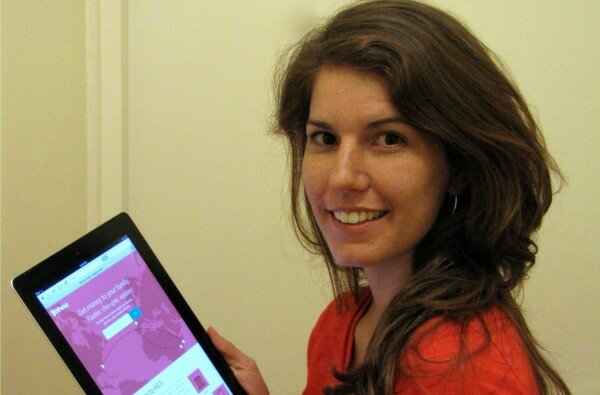 Nairobi-based BitPesa is in discussions with multiple banks and network operators in Kenya over partnerships that could allow the mass introduction of Bitcoin remittance payments into the East African country.

The startup, which is still in discussions with regulators and will not launch until approval is granted, was thought up by micro-finance and cryptocurrency expert Duncan Goldie-Scot a year ago and recruited Elizabeth Rossiello as chief executive officer (CEO), who set up a pan-African team three months ago.

BitPesa looks to solve the problem of the high transaction fees that come with international money remittance companies such as Western Union and Moneygram by taking advantage of the digital, borderless currency Bitcoin.

Global cross border mobile money transfers alone are expected to surpass US$10 billion for the first time in 2013, while the entire international remittance industry is around US$500 billion a year, with East Africa the fastest growing region in Sub-Saharan Africa as the large population of Kenyans in the United States and Europe send money to relatives back home.

In total, Kenyans are currently sending around US$1.2 billion home every year.

“To get cash in Kenya, people either work for it or they get it sent to them,” Rossiello told HumanIPO. “Remittance really supports a large proportion of the population and it helps people through difficult times. Remittance is a huge market and I have always been aware of that here.”

The big players often charge their own fee as well as a poor exchange rate to transfer money, but BitPesa would take a flat three per cent rate and the transaction can be completed within the same day.

“When Western Union charge you their fee and get you on the exchange rate they are gouging customers,” Rossiello said. “It is really criminal behaviour. These exchanges are really catching people out because a lot of consumers are not used to exchanging money or asking the right questions because remittance is relatively new in Africa.”

BitPesa will work by the sender, usually based in the United State or Europe, choosing the amount they want to transfer by visiting the platform and making the transaction.

The sender does not need to have a Bitcoin wallet account or hold any of the digital currency as BitPesa carries out the transaction on their behalf, sending it to the end recipient most likely through mobile money.

BitPesa will negate the adverse effect Bitcoin’s rollercoaster valuation has on the process by carrying out the transactions immediately.

Rossiello said the platform is ready, but the next step is to finalise partnerships with banks and mobile network operators in Kenya and then across Africa once regulatory approval is achieved.

If everything goes to plan, she hopes to launch a pilot around March next year.

The CEO said while representatives of banks are relatively familiar with Bitcoin, there are a lot of misconceptions surrounding it because of the hype around the fact some people use it for buying illegal drugs and money laundering.

“The first thing we are getting from potential partners when we introduce them to the idea is they are very excited there is a solution to the problem, but their second thought is how do we do something so new.”

Regarding potential mobile network partnerships, Rossiello said it would be “hugely beneficial” to partner with pan-African operators because they would be able to roll out the service across all their operations at the same time.

Rossiello, who has lived in Nairobi for five years working in the financial services industry, was also keen to emphasise the company did not see BitPesa as a potential replacement for mobile money in Africa, but more as a complementary service which can bring the rest of the world into the system.

“In Kenya I never use cash anymore,” she said. “I love M-Pesa and use it to pay for almost everything. I use it for my staff, for my school payments, I don’t go to restaurants that don’t accept it.

“I don’t see Bitcoin taking over in Kenya because the brand of M-Pesa is really strong and merchants have worked really hard to integrate it.”