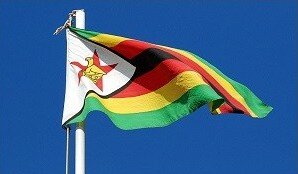 Israeli security company Nikuv has been awarded a new tender for the production of e-passports in Zimbabwe, amidst allegations the tender was granted as a “reward” for the company’s role in purportedly manipulating the July general elections.

Having fulfilled a tender for the digitisation of passports prior to the elections in July, Nikuv was allegedly present in the “Situation Room” during the elections with police, army, prison and intelligence officials, leading to reports the company was improperly involved in the elections and suggestions it was involved in manipulating the outcome in favour of president Robert Mugabe.

It is alleged that as a “reward” for this central but mysterious role in the elections, Nikuv has been awarded a contract for the full production process of passports – not only the digital elements.

“Nikuv has totally taken over the production of passports from government printers (Fidelity) who were in charge of the printing of the passport booklet,” a source told the Zimbabwe Independent.

“In the past, their (Nikuv) role was just to input data and digitalise the passport with Fidelity Printers doing the printing. But now Nikuv will expand its role to include the control of the entire e-passport production process.

“It will produce a new digitalised document that will eliminate counterfeit passports and also allow the country to match international e-passport standards. Its role will now include designing procedures, supplying special chemical products and passport issuance workflow. This will include the provision of the passport issuing equipment and passport booklets, including their security features.”

According to the source, Nikuv has also received a new large office space within the army headquarters in Harare, where it is allegedly in the process of installing high-tech digital fingerprint access systems to secure the premises.

Nikuv has not yet responded to HumanIPO’s request for comment.