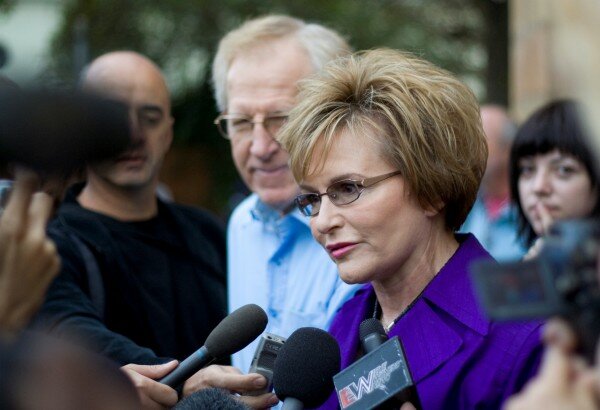 Helen Zille, leader of South African opposition party the Democratic Alliance (DA), has challenged President Jacob Zuma to a live televised debate ahead of the country’s elections in May.

Should it take place, the debate would be the first of its kind in South Africa since Nelson Mandela debated FW De Klerk ahead of the 1994 election.

In an open letter to Zuma, Zille said the challenge was encouraged by Zuma’s remarks in the government’s 20 Year Review.

“Both at the release of the 20 Year Review earlier this week, and in your public remarks at a campaign event yesterday, you claimed to have increased employment during the course of the last five years,” Zille said.

“The lived experience of most South Africans and the statistics tell a different story.

I would like to challenge you to join me in a nationally televised presidential debate on the state of our country and our economy, particularly jobs, at a time and place of your choosing.”

Though South Africa has not had a live televised election debate since 1994 – with Mandela’s successor Thabo Mbeki declining to take part in one during his presidency – televised debates have been becoming more common across Africa in recent years.

HumanIPO reported last year Kenya held its first live debate ahead of its March election, in which Uhuru Kenyatta was elected, while Ghana held its first debate in 2012, as did Sierra Leone.

Malawi is also set to hold its first televised debates ahead of its elections this year.

Zille said the facts stood in contrast to Zuma’s statements and the South African people should be given the chance to hear the opposing arguments for themselves.

“I believe very firmly that we should have an opportunity to openly debate these issues together, and to answer questions from the public directly,” she said.

“A televised debate would strengthen our democracy and public discourse. In real time, a live audience would be able to cross examine us both about how we would create the right conditions for economic growth and job creation. Live presidential candidate debates are becoming commonplace across Africa.

“Every South African will make a decision in this election between political parties that offer different track records on job creation, corruption and leadership. I trust you share my hope that voters make this decision in the most informed way possible – that they weigh up the track records of the parties and their leaders, and vote for that party which offers the best prospect of positive change and a credible plan for real job creation.

“I am sure that you will agree that South African voters should not be denied the opportunity of interrogating our party’s policy positions.”