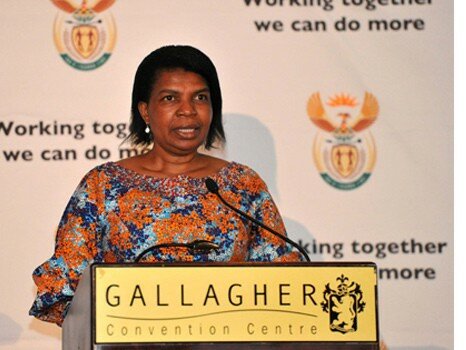 South Africa’s Department of Communications (DoC) has slammed the Press Ombudsman for throwing out its three complaints against the Sunday Times, saying it will appeal the decision.

HumanIPO reported earlier today Johan Retief had said there was “no trace of evidence” to suggest the paper had colluded with opposition party the Democratic Alliance (DA) and defended two other stories the communications minister Dina Pule had complained about as “justified” and “fair and reasonable”.

Responding in a statement issued by Pule’s press advisor Wisani Ngobeni, the DoC said: “The Press Ombudsman’s decision is unfortunate and cannot go unchallenged. The ruling by the Press Ombudsman amounts to nothing but a treacherous whitewash attempt to legitimise unethical journalism conduct of the Sunday Times editor. It sets a very dangerous precedent for the South African media.

“No amount of spin will change the fact that the Sunday Times editor was wrong to have covertly submitted information to Kohler Barnard or the ethics committee as the Press Ombudsman seems to believe.”

The DoC reiterated their belief that the Sunday Times editor Phylicia Oppelt “behaved unethically and compromised the independence [of] the newspaper” in handing information to the DA to be passed on to parliament’s ethics committee which was investigating Pule.

The statement finished by calling on the South African media to condemn and disassociate itself from from “this shameful practice”.

The DoC will now apply for leave to appeal the decision of the Press Ombudsman to the chairperson of the SA Press Adjudication Panel, Judge Bernard Ngoepe.