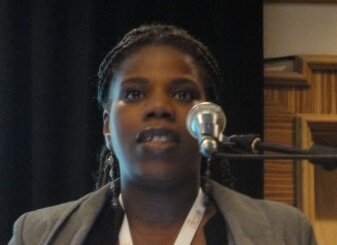 Data is responsible for 15 per cent of service revenue in the Nigerian telecommunications sector, Thecla Mbongue, senior research analyst at Informa Telecoms & Media, has revealed.

According to Informa, at the end of the first quarter of 2013, US$336 million was generated in data revenue.

Out of the total revenue, US$256 million was realised from non-messaging data.

Speaking this morning at the NigeriaCom conference in Lagos, she said each subscriber spends on average US$2.80 monthly on data.

Concerning mobile financial services, she said it is still at the initial stage in Nigeria due to the processes that operators had to follow to convince the Central Bank of Nigeria (CBN) that networks were not trying to replace banks.

“Mobile financial services are not yet a big deal in Nigeria. Explaining to the CBN was a major challenge,” she said.

On broadband deployment in Nigeria, she noted that spectrum allocation is a major issue.

She noted that the anticipated digital migration in 2014 would make more spectrum available for networks operating in Nigeria.