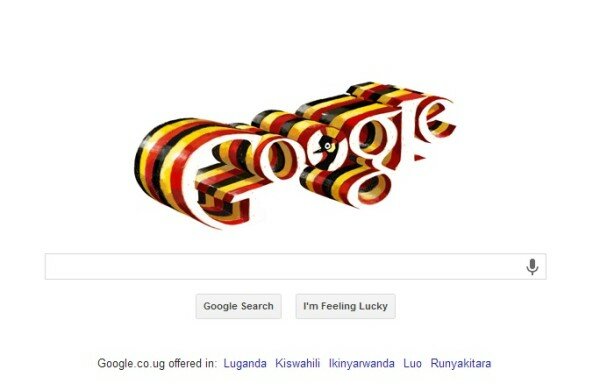 Google is running a Doodle on its Ugandan domain today celebrating the 51st anniversary of the country’s independence from Britain.

The Doodle on the local domain is in the colours of the Ugandan flag and features a grey crowned crane, the national symbol of the country.

The company has regularly used its Doodle in recent months to celebrate important African dates and events.

In March a Doodle on the South African homepage celebrated what would have been the birthday of Miriam Makeba, known as Mama Africa, while in April Google marked the birthday of the late Wangari Maathai with a Doodle in her honour across its Sub-Saharan browser pages.

Google also used a Doodle on its Kenya domain as citizens across the country voted in March’s general elections.