Smart ID cards may be too expensive for poor – DA 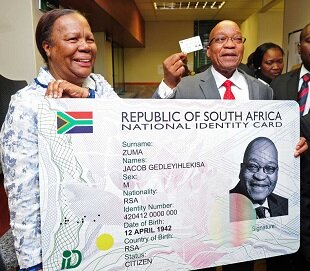 The Democratic Alliance (DA) has raised concerns over the costs of the smart ID card set to replace the green bar-coded ID books, which may place unnecessary strain on the country’s poorest.

According to Manny de Freitas, the shadow deputy minister of home affairs for the DA, Mkuseli Apleni, the director general of the Department of Home Affairs, confirmed South Africans will pay ZAR140 (US$14) for the new smart ID cards.

Naledi Pandor, home affairs minister, answered a parliamentary question in which she said discussions are taking place between the department and the National Treasury in order to determine whether or not to waiver the fee for people unable to afford it.

“The DA will submit further parliamentary questions to both the minister of finance, Pravin Gordhan and minister Pandor for an update on these discussions,” said de Freitas.

“For many South Africans ZAR140 is the difference between survival and starvation. If this fee can be waived for those that cannot afford it, it must.”

De Freitas said imposing a new system of identification on South Africans, together with “forcing” them to pay for the smart ID card, puts a price on citizenship, a price which not every citizen is able to afford.

He said those without the smart ID cards would be excluded “from the employment market as well as electoral and social security processes once [the] green barcoded ID books are phased out”.

However, Apleni said last week, it is likely to take up to seven years to move 38 million South Africans from the old ID book system to the smart ID card system. Until then the green bar-coded ID books will be valid.