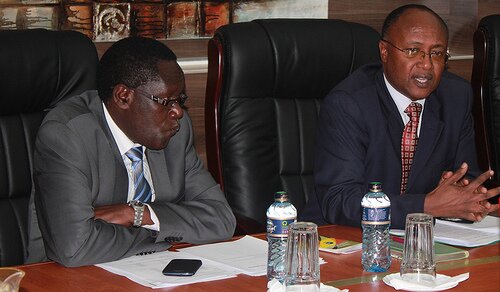 The Kenyan government is seeking to make the country a fully-fledged knowledge-based economy by formulating and implementing policies and legislation that ensure maximum access to information held by public authorities.

Speaking at a seminar yesterday (Monday) on China–Africa Media Cooperation, Joseph Tiampati, Kenya’s principal secretary at the Ministry of ICT, said the media plays the role of the country’s watchdog on matters governance and transparency and is a key pillar in national reforms.

“My Ministry will put in place a National Communication Policy to ensure that information is coordinated ,structured and responsive through which the government can speak in unison and with one voice on critical national regional and global issues,” said Tiampati.

He said the Ministry of ICT is developing policies together with county governments to support increased internet penetration and develop a more effective e-government framework.

Tiampati also said the China-Africa media cooperation will help and facilitate the exchange of knowledge and professional practices relating to journalism and the media.

“Kenya has much to learn from China and its experience, expertise, equipment and refinements in ICTs to enhance our own journalism, media and communications sectors,” he said.

Liu Guangyuan, Chinese Ambassador to Kenya, said Chinese and African media should expand and diversify areas and methods of cooperation and engage in more practical partnership.

“China, within its ability, will continue to provide assistance to Africa’s media, particularly in capacity building, technology and development. China will support well-established and credible Chinese media and media-related companies to invest in Africa,” said Guangyuan.

The announcement comes weeks after members of Kenya’s National Assembly had passed the Information and Communication Bill 2013, that, if assented, will among other things see journalists and media houses paying large fines for violating the Journalism Code of Conduct.

However, President Uhuru Kenyatta has said he will return the contentious media bill to parliament to debate again when he officially receives it.