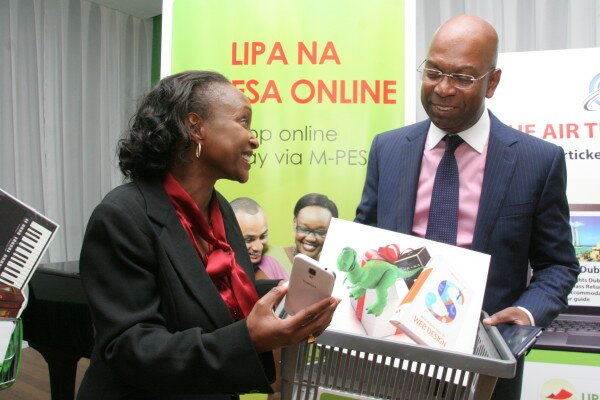 HumanIPO reported in June Safaricom had launched Lipa Na M-Pesa, which was targeting to enrol more than 100,000 small and medium sized businesses by April 2014, with the operator reducing charges from 1.5 per cent to one per cent in September.

Kenya’s leading network operator claims the new service will revolutionise e-commerce in Kenya as it witnesses huge growth in online payments driven largely by the increasing availability of high speed internet and an emerging middle class.

“Lipa Na M-Pesa Online is part of M-Pesa’s overall agenda to lead the evolution of the payments landscape in Kenya,” said Collymore. “The entry of M-Pesa into the online space is a landmark move that will see more than 18 million M-Pesa customers gain access to the online shopping experience either as entrepreneurs or as customers.”

According to Safaricom, customers who purchase items online will select the items they want to pay for and pay with Lipa Na M-Pesa online at the checkout point.

The total cost for the items purchased online is deducted from the customer’s M-Pesa account, where the customer only needs to key in their mobile number and they will receive a notification on their mobile phone to validate the transaction using their Bonga PIN.

The company said the new service is set to leverage on the deep penetration of mobile phone and the proliferation of internet services to ease the shopping experience for customers while allowing merchants to match their goods and services directly to consumers, especially with the emergence of online shopping sites such as OLX, Rupu, bidorbuy, Jumia and Cheki.

According to the Communications Commission of Kenya’s (CCK) ICT Sector Quarterly Statistical Report for the fourth quarter of the financial year 2012/13, published last month, internet penetration increased 61.2 per cent year-on-year in Kenya, boosted primarily by an increase in mobile data subscriptions as well as internet subscriptions leading to total number of internet users in the country standing at 19.6 million.

Collymore said at the time that the move was motivated by the need to reduce the cost of doing business in the country.

“Commuters will pay to the till number on the Matatu from as little as KSh10. At the end of the day or anytime they wish, the Matatu owners can withdraw funds collected on their tills to their M-Pesa accounts,” he said.

Though he did not give timelines for the planned service roll out, Waita said recruitment was ongoing with more than 600 buses, taxis and matatus already recruited at the time.