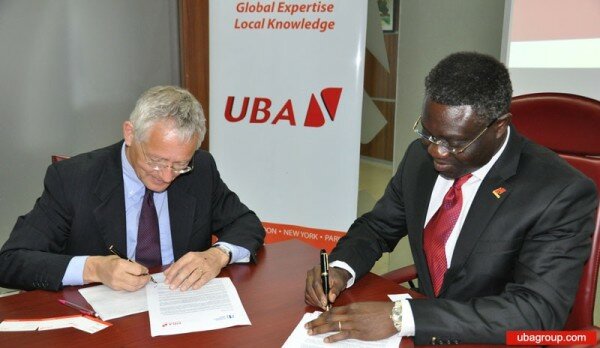 Uganda’s United Bank for Africa (UBA) has partnered with MTN to become the country’s first mobile money agent in the financial services industry.

Mwanakatwe said after gaining around one million MTN Mobile Money customers in the first year alone, the product is a perfect fit for UBA as one of the fastest growing commercial banks in Uganda.

“Since launch in March last year, MTN Mobile Money has recorded transfers of close to UGX600 billion (US$238 million), and has close to one million registered users,” Mwanakatwe said.

“We have reached the unbanked through the mobile phone, and today we bring our customers the added advantage of increased liquidity in mobile money through UBA.”

Mwanakatwe said the introduction of MTN Mobile Money at all its nine branches across the country would boost the penetration of banking services in Uganda and will be complementary to UBA’s other money transfer services such as U-Direct and Africash, enabling customers to convert cash on their personal and business accounts into e-cash in virtual accounts.

HumanIPO reported earlier today the Bank of Uganda (BOU) had revealed its financial report for January to November 2013 showed mobile money transfers in the country reached US$640 million.