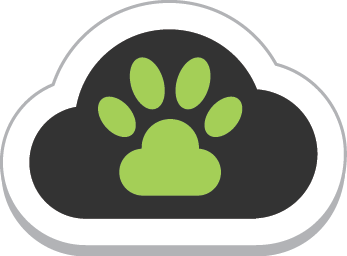 The company, founded six months ago and a recipient of ZAR200,000 (US$19,000) from the 88mph accelerator programme, was started based on founder Courtenay Farquharson’s experience working with Australian firm Paws for Life.

“A friend of mine ran the business in Australia and I saw how the repeat delivery service was a complete winner for both Pet Heaven, in that it was annuity income, and the customer, in that they get their pet products when they need them,” he said.

Farquharson said buying pet food is an inconvenient process given the shortage and poor locations of stores, yet a compulsory weekly or monthly job for South African pet owners that Pet Heaven’s new service could help simplify.

“We were nervous to see how South Africans would feel to have a subscription, but with the “cancel anytime you want” option we give, its been very popular,” he said. “We’ve seen significant growth month-on-month. We have increased month-on-month by 65 per cent in order volume, and we’ve seen our traffic grow by 75 per cent month-on-month too.”

He said there was a large market for the company in South Africa, which is the sixth biggest pet-owning country globally with eight million dogs and two million cats. ZAR5 billion (US$467 million) is spent on pet food alone each year, though Farquharson said he was looking to expand from simply providing food in the future.

“People are humanising their pets. Doggy daycare, pet parlours and hairdressers, clothes for pets. We are starting with pet food because we feel it is the first step in the door,” he said, adding the company plans to expand into other services such as pet grooming, insurance and treats while also building an online community for pet-owners.

“I think growing a community around your e-commerce store, especially in the pet space, the most searched category in the world, is priceless. You cannot just sell stuff, I think fostering services around your core offering – ask-the-vet, upload your pet photos, Facebook competitions, forums and discussions – is key. Give people a reason to come back.”

Despite the recent high profile shutdown of several South African e-commerce ventures by multimedia giant Naspers, Farquharson said he still believes there is a great future ahead for e-commerce in South Africa.

“Naspers may have pulled the plug on e-commerce but I think they’re fools,” he said. “I’ve seen the tremendous growth whilst living in Australia. Look at all the leading countries growing in the online space, it started in the US, UK and Europe and now Australia has hit a huge boom online. Why isn’t Africa next?”

He said the benefits in terms of cost and convenience offered to customers by e-commerce were such that it could not fail to take off.

“So we’re crazy to think that the huge online-buying boom isn’t coming here. The same people that are spending their disposable income in shops today will be spending it online soon. I believe once people get into the habit of online purchasing it is difficult to stop, only because the convenience factor becomes so apparent,” he said.

“I will say we have a somewhat skeptical market. Skeptical of online scams and using their credit cards online. I believe though that the younger generation trust a lot more. We blurt out our emotions on Facebook, and are happy to use our credit card online!”