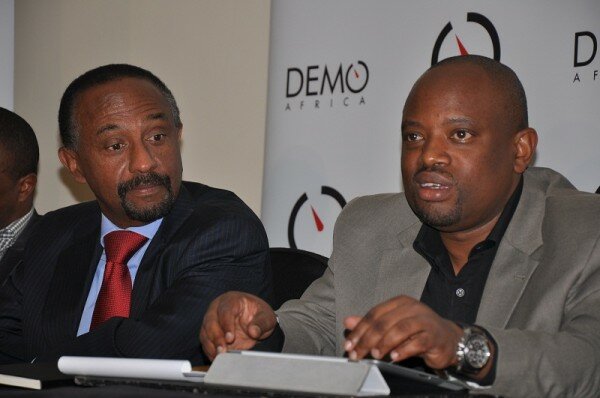 The size of the Nigerian economy and its growing startup ecosystem make it an African market that cannot be ignored, according to DEMO Africa executive producer Harry Hare.

HumanIPO reported in February DEMO Africa 2014 is to be held at the Oriental Hotel in Lagos, Nigeria, from September 22-26, the first time the startup event has been held away from Nairobi, Kenya, with applications now open.

Hare said with the economy growing, the size of the population and government investing in infrastructure, Nigeria was now becoming a necessary destination for business.

“I think any businessman worth his salt cannot ignore Nigeria. It is estimated that by end of next year, the Nigerian economy will be bigger than South Africa. The country has invested heavily in infrastructure and perception issues and this seems to be paying off,” he said.

“Most multinationals who would have otherwise skipped Nigeria for another destination when thinking of West Africa are now seriously looking at setting up shop in Nigeria. So there is some gravitation towards Nigeria and this is something that I see going on for a few more years to come.”

He said this increasing confidence in Nigeria was also evident in the tech startup ecosystem, which has been boosted by government involvement.

The startup scene in Nigeria is buzzing. In a few years we have seen increased activity from bootcamps to hackathons around tech startups,” he said.

“But I think what differentiates the startup ecosystem in Nigeria and Kenya and maybe South Africa is the government’s full involvement and support of the ecosystem. For instance the government has seeded two incubators, one in Lagos and another one in Calabar, and brought in private sector to mentor and coach the startups in those hubs.”

Hare said the success of Nigerian startups such as Jobberman and Cheki have inspired other entrepreneurs to believe they can make a success of running a business in the country, making it a logical step for a pan-African platform such as DEMO.

“DEMO Africa is a continental initiative and therefore this is just a natural movement into the continent,” he said. “Our entry point was Kenya, but the vision to be able to go to every part of the continent.”

He said DEMO had explored hosting last year’s event in Nigeria, but decided along with the Nigerian government the country was not ready.

“The ecosystem was still in its early stages of development and DEMO Africa itself was still trying to get the model right. A year later, we feel a lot of changes have happened in Nigeria, there are more than five hubs operating and we see more startup activities in the country. The government is also playing a big role in catalysing the technology startup and innovation ecosystem and therefore it was easy for us to make the decision.”

Though not ruling out a return to Nairobi in the future, Hare emphasised the pan-African nature of the DEMO event.

“DEMO Africa is in Africa. We try to be everywhere in however small way. Either through the innovation tours or the investor roundtables or just participating in bootcamps, hackathons and judging competitions in different countries,” he said. “The idea is to assist African startups achieve their break – either find investment and/or partners. We will surely return in Nairobi some time, not sure when. We have a mandate to cover Africa and that is our focus, so we will go where we see potential for impact and where we feel welcome.”