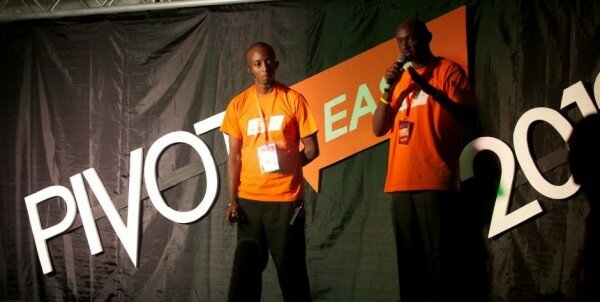 The 2014 PIVOT East mobile startup competition begins tomorrow, with 25 startups competing for a combined total of US$50,000 while pitching to a panel of judges and investors.

HumanIPO reported last month 50 semi-finalists had been selected, with Kenya dominating the competition. 25 were then selected for the finals in five categories, which comprise finance, enterprise, entertainment, utilities and society.

The 25 startups will now compete from June 24 to 25 for the main prize, when five startups will be selected, with the finalists comprising of one from Ethiopia, one from Tanzania, five from Uganda, and 18 from Kenya.

“The funding will be split into two halves, the first of which is a US$5,000 grant. The other portion US$5,000 will be an investment which may be topped up by other investors depending on the startups funding requirements and their ability to convince other investors,” said competition organiser m:lab.

Seventy-five startups have taken part in the competition so far with previous finalists raising over US$5 million in follow up funding.

“To increase odds of the startups accessing more capital for growth, the m:lab has entered a partnership with Savannah Fund to take this year’s five competition winners through a venture capital (VC) course,” m:lab said.

The VC course will take place at the iHub in Nairobi next month and will be hosted by Savannah Fund in conjunction with the University of Cape Town (UCT) Graduate School of Business and Knife Capital.

“An honorary award will be given to the competition’s overall winner selected by the founding partners of the m:lab East Africa consortium. The winners will also have earned themselves access to m:lab East Africa’s year long incubation program,” m:lab said.